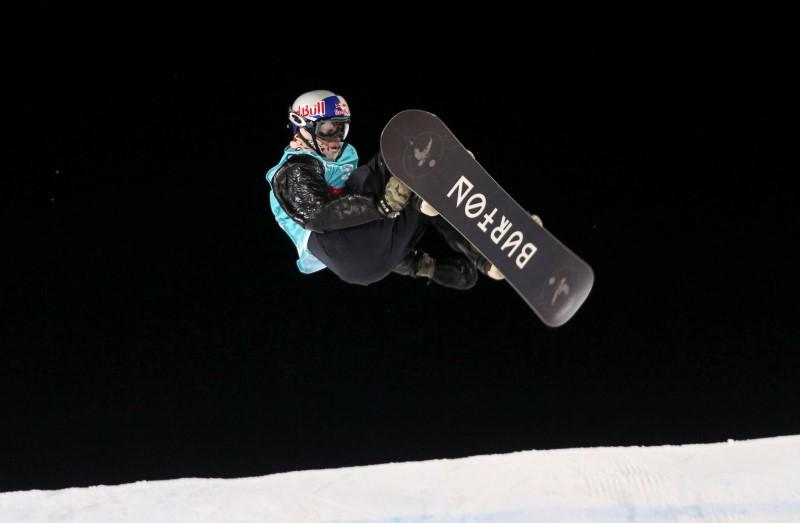 LONDON (Reuters) – The newest Olympic sport should prove to be a crowd-pleaser straight away.

Big air has been an FIS Snowboarding World Championship event since 2003 and has been at the X Games for far long, yet 2018 will marks its entry onto the Olympic stage.

The event is the extreme version of slopestyle, an Olympic discipline that itself only debuted in 2014.

Athletes send themselves down one huge ramp and look to perform the highest-scoring individual trick possible.

Pyeongchang will have the world’s biggest big air ramp standing at 49 meters with a maximum slope angle of 40 degrees, giving athletes more time in the air to show off their latest tricks.

Many of the snowboarders who compete in the slopestyle will also try their hand at the big air event, giving them two chances at clinching an Olympic medal.

Canadian pair Mark McMorris and Max Parrot are widely touted as the favorites in the men’s competition. They were first and second in last year’s FIS Big Air rankings and have 11 X Games gold medals between them.

Both athletes are known for bringing out a new trick in major competitions and so snowboarding fans should be expecting something special on the huge ramp in Pyeongchang.

However, such daredevil stunts come with major risks. McMorris himself has suffered two major injuries in recent years; a broken femur in 2016 and then several severe injuries including a collapsed lung in a March 2017 incident.

Although McMorris has made a full recovery to compete in Pyeongchang, if he is to show any sign of nerves on the ramp there will be a host of other top snowboarders looking to take the inaugural big air gold.

In the women’s competition, another American teenager Hailey Langland will look to add an Olympics gold to her X Games Big air gold.

The 17-year-old will have to hold off competition from compatriots Julia Marino and 2014 slopestyle Olympic champion Jamie Anderson as well as surprise British candidate Katie Ormerod, who will be looking to clinch her country’s second ever Olympic medal on the snow.

However, the favorite looks to be Austrian Anna Gasser. Gasser qualified in first place for the slopestyle final in Sochi only to fall during both runs and finish in tenth place.

Whoever emerges victorious with a place on the podium in Pyeongchang, the fans are guaranteed to be winners of the event as the big air looks to shine on Olympics debut.

Uptick in complaints about renovation noise as more people work from home
Indian PM Modi refuses to back down on farm reforms despite huge protests
Seoul Garden at Tampines Mall closes for a day after COVID-19 case’s dinner with 12 family members
China reports 6 new COVID-19 cases vs five a day earlier
COVID-19 tests to be offered to workers at key delivery centres, logistics delivery firms: MOH