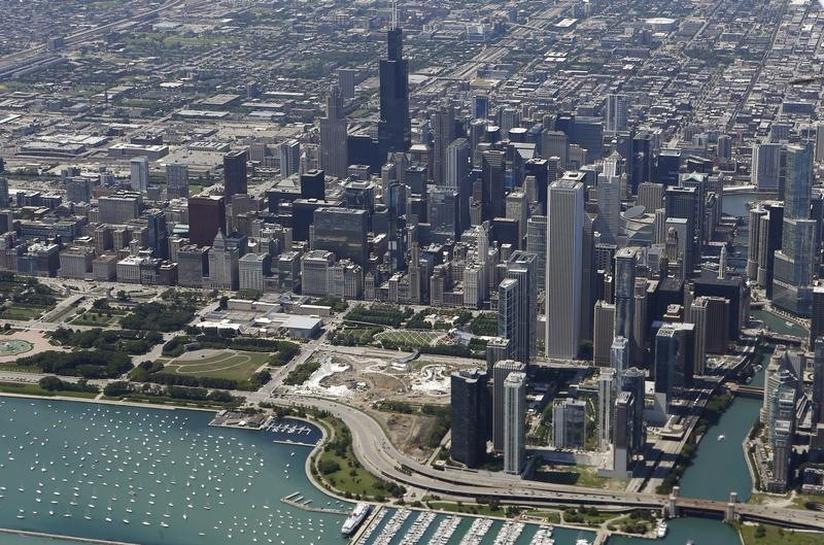 CHICAGO Illinois’ first budget after two years is filled with partial outlines to address its debt-ridden pension system and unpaid bill backlog — signs that political fighting and the fiscal mess in the nation’s fifth-largest state are far from over.

At least 15 House and Senate Republicans broke with first-term Republican Governor Bruce Rauner on Thursday and joined with Democrats to override Rauner’s vetoes of the state’s first budget package in more than two years.

The $36 billion spending plan relies on a $5 billion tax increase that permanently hikes the flat personal income tax rate to 4.95 percent, up 32 percent from its prior 3.75 percent rate.

To address the state’s nearly $15 billion in unpaid bills, Illinois depends heavily on borrowing. Lawmakers approved $6 billion of 12-year bonds to raise money for repayments. But State Representative Greg Harris, the House Democrats’ point person on the budget, has acknowledged there is only enough revenue to support half of that borrowing amount.

Illinois will also borrow up to $1.2 billion from various state accounts that have accumulated cash for specific purposes, while “sweeping” cash from other accounts –a government version of looking under couch cushions that is expected to yield $300 million.

Illinois’ $130 billion pension liability is one of the largest in the nation, and the new budget takes only small steps to address the structural underfunding of Illinois’ five retirement systems.

The new law gives the state five years to phase in changes retroactive to fiscal 2014 in actuarial or investment return assumptions made by the pension systems for an estimated savings of $892.1 million.

Seemingly small changes in projected investment results can have significant impact on a pension fund’s actuarial calculations. Last year, when the Illinois Teachers’ Retirement System reduced its earnings assumption to 7 percent from 7.5 percent, the change caused a $660 million spike in the state’s fiscal 2018 contribution.

The new budget attributes $500 million in savings to the creation of a new tier of pension beneficiaries. But that tier applies largely to newly hired employees, raising questions about how the state expects to book that savings in the current fiscal year.

That estimate was lifted straight from the proposed budget presented by Rauner earlier this year. The projection has not been independently verified by legislative leaders, and Rauner’s office has not responded to requests for an explanation of how the estimate was calculated.

The Illinois Education Association, one of the state’s largest unions, said it has no evidence that its pensioners would be harmed by the new budget’s pension provisions. But the union questioned why lawmakers approved structural changes to pensions without an independent financial analysis.

“It’s a little bit of a shot in the dark. For something this major, you’d think the legislators who are voting on this would want to know this information,” said Jim Reed, the union’s government relations director.

A budget was welcomed as a positive step for Illinois, which still faces fiscal and pension crises.

“The pension pressures will continue, and Illinois’ financial challenges will continue, but at least there will be a framework to recognize there’s a limit to the liability growth to this state,” said Laurence Msall, president of the Civic Federation, a budget watchdog group.

Steve Malanga, a senior fellow at the Manhattan Institute think tank, said the fixes in the new budget do not match up to the challenges faced by Illinois.

The Democrats and Republicans who voted for the budget did so at least in part to prevent Illinois from becoming the first U.S. state in history to see its credit rating fall to “junk” status. Moody’s on Wednesday put Illinois on review for a possible downgrade, but some of the state’s bonds traded higher on Friday, an apparent sign of optimism about the budget.

How an illegal logger’s switch to a greener job shows a way to save Indonesia’s forests
Tokyo to ask for around 2-week extension of state of emergency: Report
Commentary: Maybe Jack Ma became too powerful for China’s liking
PUB to study ways to protect Singapore’s north-west coast
1 dormitory resident among 11 new COVID-19 infections in Singapore