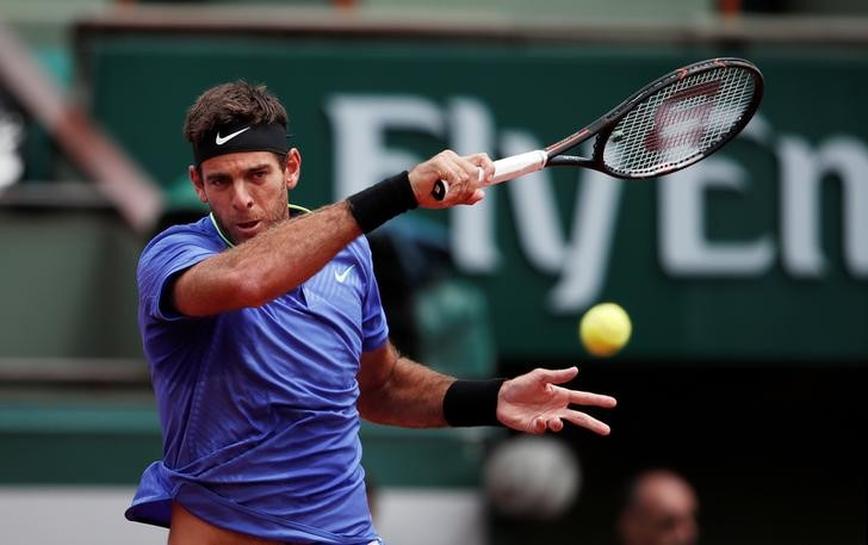 The ‘big four’ of men’s tennis remain the players to beat at Wimbledon, said former U.S. Open champion Juan Martin del Potro, as this year’s tournament at the All England Club gets under way.

Since 2003, Roger Federer has taken seven titles at the grasscourt grand slam followed by Novak Djokovic’s three, while Andy Murray and Rafa Nadal have claimed two each.

The quartet have also been named as the top four seeds for the first time since 2014, though defending champion Murray and Djokovic have had mixed seasons.

“They have returned to be the Fantastic Four, as they have been throughout their careers,” Argentine del Potro told the ATP World Tour website (www.atpworldtour.com) in comments posted on Sunday.

“I think it’s something that appeals to every tennis fan.

“I’ve always played good tennis at Wimbledon…. It is a tournament that always brings surprises in the first rounds and I think it’s also nice that we have the same top seeds that we had in 2009. They are at an excellent level.”

Bookies’ favorite Federer warned on Saturday that he and the rest of the big four were going to be as tough to beat as ever at this year’s event.

Seeded 29th, Del Potro has struggled with persistent wrist injuries in recent years. But the Argentine, who won the U.S. Open in 2009 and reached the Wimbledon semi-finals in 2013, is still hopeful of rising back up the rankings.

“I’m still there with an acceptable position (in the ATP Rankings). I’m still improving in my comeback. It’s a little out of the ordinary to what I’m used to in my career, but I’m calm and I know that my level will return,” del Potro added.

He faces Australia’s Thanasi Kokkinakis in the first round on Tuesday.

(Reporting by Aditi Prakash in Bengaluru; editing by Amlan Chakraborty and John Stonestreet)

Indonesia satisfied with effectiveness of Chinese COVID-19 vaccine
Singapore unveils plans to provide people with disabilities with customised job coaching
40 healthcare workers in Malaysia who had both doses of vaccine test positive for COVID-19
US intel report says North Korea could resume nuclear tests this year
Longer tours, larger tour groups to be allowed from Apr 14