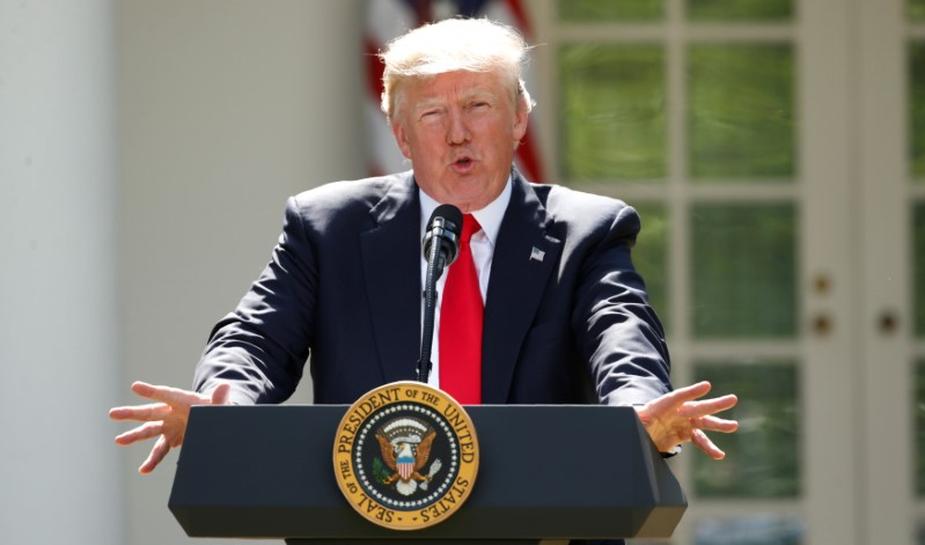 Citing the need to stay engaged with the administration, business leaders said they would remain in their advisory roles to continue working to influence White House policies.

Trump, a Republican, on Thursday said he would pull the United States from the landmark 2015 global agreement to fight climate change, drawing anger and condemnation from world leaders and heads of industry.

“Climate change is real. Leaving Paris is not good for America or the world,” Musk said in a Twitter post on Thursday. He was a member of the business advisory group, known as the President’s Strategic and Policy Forum. He also belonged to Trump’s manufacturing jobs council.

Asked about CEOs’ criticism of the U.S. withdrawal, White House spokesman Sean Spicer on Friday said some companies that expressed support for remaining in the agreement raised concerns about the emissions reduction targets.

Spicer, speaking to reporters at a daily news conference, added he does not know if Trump will replace Musk and Iger on the business council.

A spokesman for Wal-Mart Stores Inc (WMT.N), the largest U.S. retailer, said on Friday that Chief Executive Doug McMillon will remain on the business council.

McMillon said in a Facebook post late on Thursday he was “disappointed in today’s news about the Paris Agreement. We think it’s important for countries to work together to reduce greenhouse gas emissions.”

IBM CEO Ginni Rometty will remain on the council, the company said on Friday as it reaffirmed its support for the Paris accord.

“IBM believes we can make a constructive contribution by having a direct dialogue with the administration – as we do with governments around the world,” a company spokeswoman said.

Another prominent chief executive, Jamie Dimon of JPMorgan Chase & Co (JPM.N), criticized Trump’s decision. The company acknowledged Friday that he would not step down from Trump’s business group.

“I absolutely disagree with the administration on this issue, but we have a responsibility to engage our elected officials to work constructively and advocate for policies that improve people’s lives and protect our environment,” Dimon said in a statement.

PepsiCo Inc (PEP.N) Chief Executive Indra Nooyi is expected to remain on the council. The company said in a statement on Friday that while it is “disappointed with the announcement, we hope there is a way for the accord to move forward with the U.S. at the table.”

‘LET’S GET A BETTER DEAL’

Other chief executives also issued statements criticizing the decision to withdraw from the accord, including the heads of Facebook Inc (FB.O), Alphabet Inc (GOOGL.O) and Goldman Sachs (GS.N).

General Electric Co (GE.N) CEO Jeff Immelt, who is on Trump’s manufacturing council, said on Thursday he was disappointed in the decision and added: “Industry must now lead and not depend on government.”

Immelt will remain on the council, a company spokeswoman said on Friday.

AFL-CIO President Richard Trumka, who is also on Trump’s manufacturing council, called the withdrawal “a failure of American leadership.” A union spokesman said on Friday that Trumka intends to remain on the council to serve “as a voice for working people.” Boeing Co (BA.N) Chief Executive Dennis Muilenburg also will remain on the manufacturing council, the company said.

Trump administration officials pushed back against company criticisms in television interviews on Friday.

National Economic Council Director Gary Cohn dismissed concerns about potential economic fallout from the climate deal withdrawal, such as the potential of other countries slapping tariffs on American manufacturers.

In an interview on CNBC on Friday, Cohn said the move was part of the administration’s efforts to boost U.S. economic growth and help companies by increasing demand for U.S. goods, along with other efforts targeting regulations, taxes and infrastructure.

“If we can grow our economy, we’re going to consume more and more products,” he said. “We’re going to need more manufacturing in the United States just to deal with domestic consumption.”

The issue could resurface later this month when, according to an administration spokesman, the White House plans to hold a June 19 meeting with technology leaders.

Kellyanne Conway, a White House senior adviser, said on Fox News the deal would have “a statistically insignificant impact on the environment.”

“If you really cared about that piece, and you’re one of these CEOs crowing today, then you would say ‘let’s get a better deal,'” she said in the interview on Friday, adding that Trump had said he was open to future negotiations.

Trump created the business advisory group in December before taking office to assist him in making policy decisions. The council is led by Stephen Schwarzman, chief executive of Blackstone Group LP (BX.N).

Blackrock Inc (BLK.N) Chief Executive Larry Fink said on Thursday he would continue to serve on Trump’s business forum, despite reservations about the White House climate decision because he believes he can add to policy discussions and be a voice for investors.

NASA chief warns Congress about Chinese space station
Banking shares plummet on laundering allegations
Commentary: Online teaching doesn’t have to suck for students or educators
Vietnam jails 20 for terrorism over police station bombs
Probation for man who picked up another NSF’s IC in Pulau Tekong and used it for mobile plans