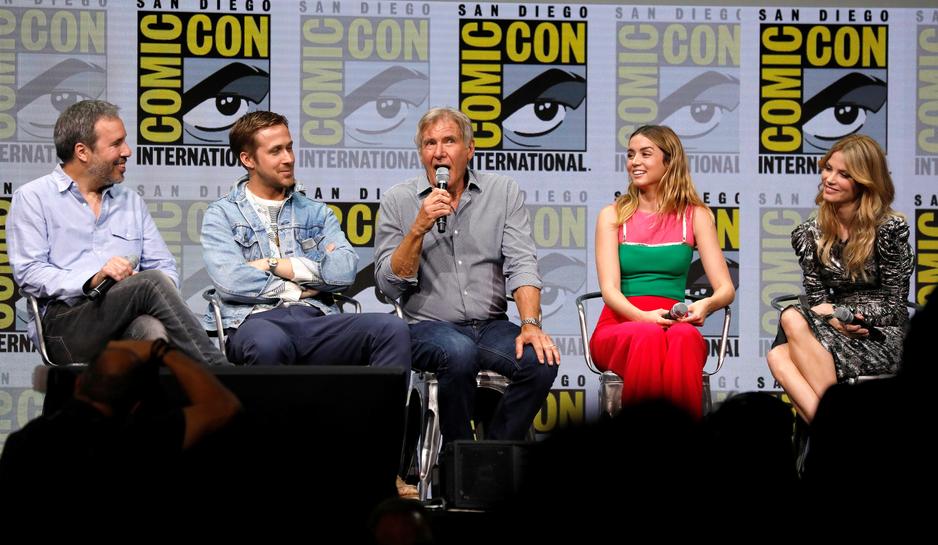 “I accepted to do ‘Blade Runner’ because it was meaningful,” Villeneuve, the director of last year’s cerebral alien sci-fi film “Arrival,” told Reuters.

“The resonance of the first movie in my life, the love I have for it, it’s worth it to take that risk,” he added.

“Blade Runner 2049,” in theaters on Oct. 6, will pick up 30 years after the events of the first movie, when human-like robots were hunted by police in a dystopian Los Angeles.

“We created a world that is an extension of the first movie, a projection of its future, where some laws and some rules will be in relationship with the first movie and not with today,” Villeneuve said.

The first film followed Harrison Ford as “blade runner” Rick Deckard, an expert on hunting the humanoid Replicant robots living on earth illegally, against a backdrop of a futuristic Los Angeles depicted as a hybrid of Eastern and Western cultural influences.

In a new trailer released this week, the sequel returns to a dystopian California after the ecosystem has broken down, where a Los Angeles police officer (Ryan Gosling) stumbles upon a secret that could jeopardize society and seeks out Deckard, who has been missing for 30 years.

Villeneuve, Ford and Gosling were joined by other cast members on Saturday at San Diego’s annual Comic-Con as they discussed the sequel and debuted new footage that showed a world where Replicants and humans live alongside each other, but not in harmony.

“The original film explored the ethics of the creation of the Replicants and their utility and we further developed those themes in this story,” Ford said.

Villeneuve told Reuters that he had worked with Ford to evolve the character of Deckard.

“There’s a melancholia that I like in the first movie that we kept alive in Deckard, and something taciturn, not someone who talks a lot, and a sadness to the character that is there and existential doubt,” the director said.

The sequel will stay close to the original film’s themes of identity and memory, Villeneuve added.

“I don’t think the movie will necessarily say interesting things about our future, apart from the fact we’re still there, but it’ll say things about today, for sure,” he said.

Chinese Political Prisoner Dies Amid Suspicion of Torture, Mistreatment
2 to a bed in Delhi hospital as India’s COVID-19 crisis spirals
Commentary: The PMD problem in Singapore is not just about jostling for space
India shifts from mass COVID-19 vaccine exporter to importer
Leaders of Malaysia, Singapore to discuss reopening of border: Hishammuddin