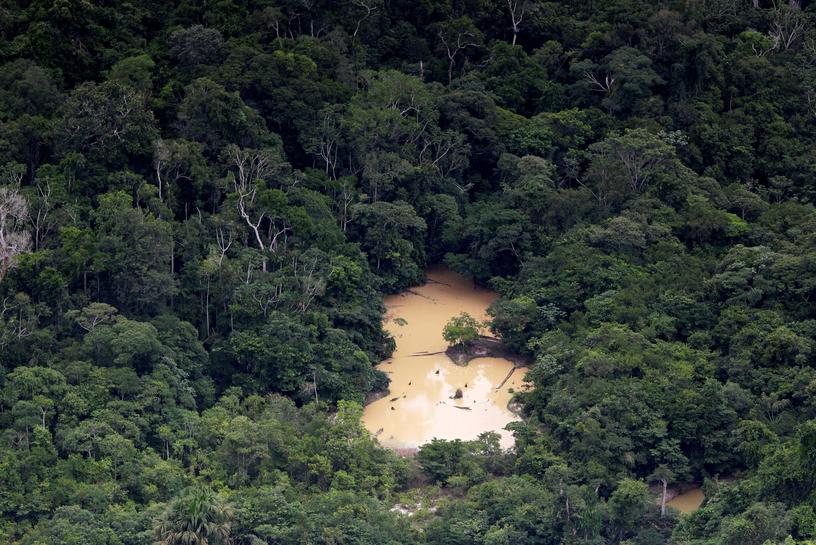 BRASILIA (Reuters) – Brazil’s government defended the opening of a vast Amazon area to mining on Friday after criticism from lawmakers, environmental groups and supermodel Gisele Bundchen that it threatened the world’s largest rainforest.

Earlier this week, President Michel Temer abolished the National Reserve of Copper and Associates (Renca) that had protected roughly 17,800 square miles (46,000 square km), an area larger than Denmark, from mining since 1984.

The reserve in northern Amapá and Pará is thought to have significant reserves of copper, gold, iron ore and other minerals. Environmentalists say the area is rich in biodiversity and hosts species yet to be studied.

Mining and Energy Minister Fernando Coelho Filho said the decree could protect the area from illegal mining operations that the government says are polluting waterways, destroying the forest and plundering national wealth.

“In an area that mining is permitted, they must follow the law, period,” Coelho said.

Mining remains off limits in parts of Renca marked as indigenous land or subject to full environmental protection, he said.

If mining is allowed to go forward, it could cause the biggest ever legally sanctioned destruction of the Amazon, Randolfe Rodrigues, a senator from Amapá state, told Reuters.

“Renca is not a paradise, as some would wrongly like to make it appear,” the statement said.

Rodrigues, of the opposition Rede party led by former presidential candidate and environment minister Marina Silva, has proposed a measure in the Senate to block the president’s decree. He plans to file lawsuits in Amapá and Pará states to block the decree.

“Shame! They are auctioning our Amazon! We cannot destroy protected areas for private interests,” Bundchen wrote in a tweet.

In June, Temer said in a tweet to the model he would veto a measure to separately reduce protections of a different national forest after she criticized the move. He later supported a compromise to reduce the protected area by a lesser amount than originally proposed.

According to a 2010 government report, 69 percent of the Renca area in Amapá state is subject to other types of protections.

Merely allowing mining near protected areas could generate conflict and put them under threat, WWF and Greenpeace said in statements.

“The measure will accelerate the arrival of infrastructure and people for mining activities in areas of native forest, reproducing in the region the same lack of governance that permits the advance of deforestation and land grabs (elsewhere) in the Amazon,” Greenpeace said.

Taiwan Should ‘Keep a Tight Hold,’ Defend Its Chip Industry: Morris Chang
IN FOCUS: Thinking out of the cubicle – What lies ahead for hybrid working?
11 residents at Westlite Woodlands dormitory test positive for COVID-19
Commentary: Grappling with the sadness and outrage triggered by school mergers
China says climate onus on US in Kerry talks