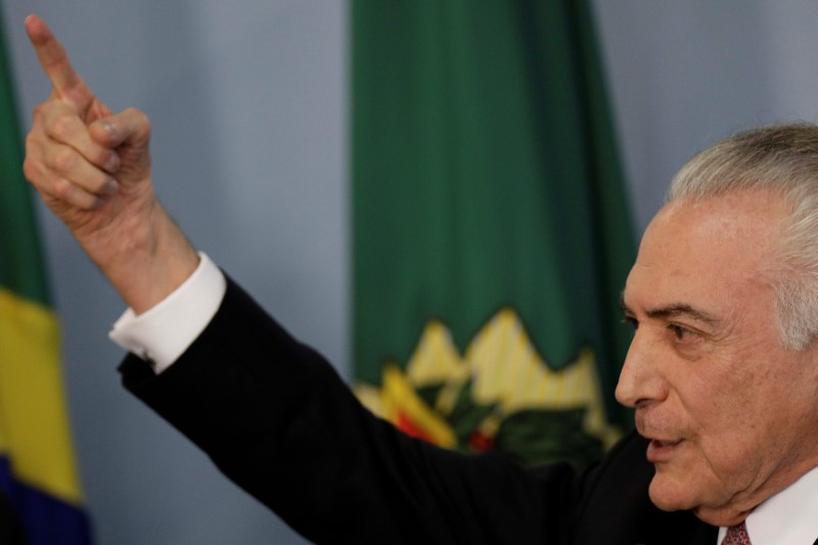 SAO PAULO Brazilian President Michel Temer said on Monday he is confident Congress will support him and vote to block a corruption charge leveled against him by prosecutor-general Rodrigo Janot.

In a radio interview, Temer said he has enough votes to quash the charge that he took bribes from executives at the world’s largest meatpacker, JBS SA. “The charge is weak and inconsistent”, he said. Janot said over the weekend there is ample proof of wrongdoing by Temer.

Under Brazilian law, two-thirds of the lower house of Congress must vote to approve any criminal charge against a sitting president, who could then only be tried by the Supreme Court.