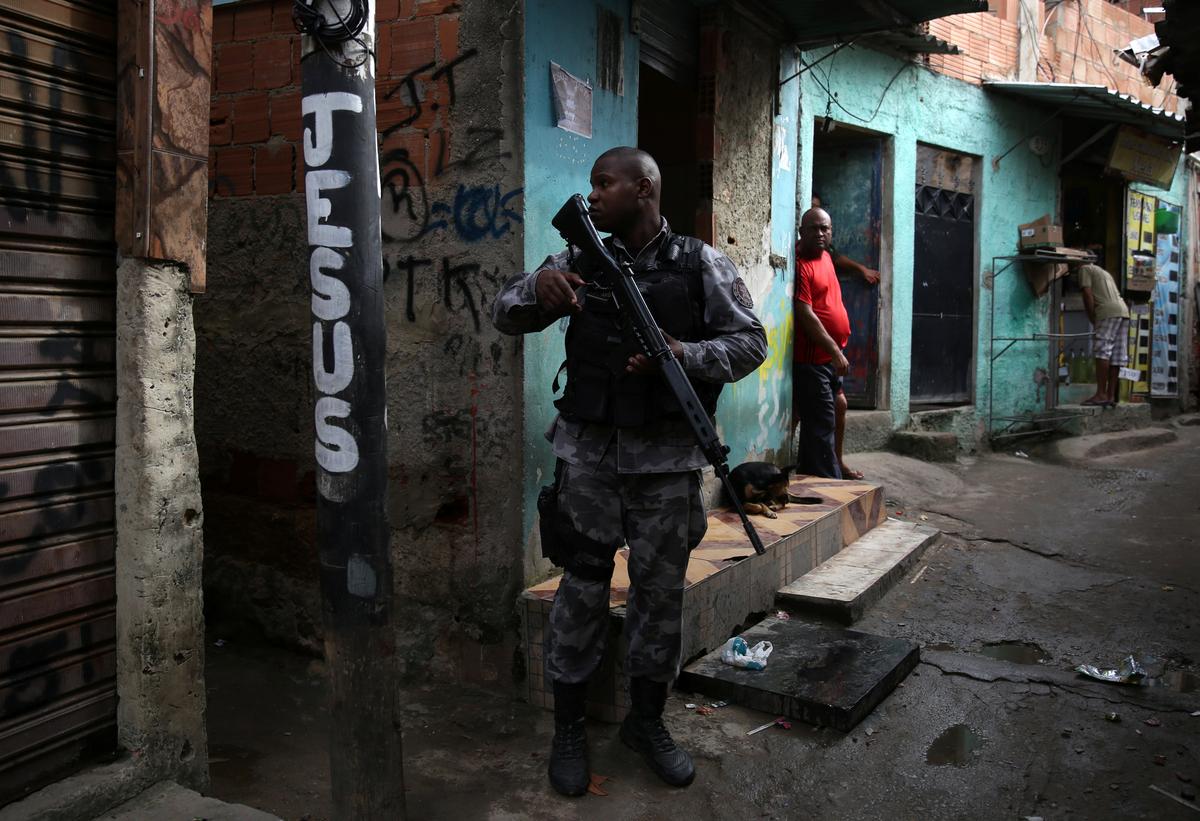 RIO DE JANEIRO (Reuters) – A viral music video called “What a shot” is stirring debate in Brazil about the glamorization of crime and freedom of expression, as surging crime in Rio de Janeiro has led the government to put troops in charge of security in the tourist city.

The hit by Jordana Gleise de Jesus Menezes – known as JoJo Todynho – has spawned myriad parody videos on YouTube since it was released in December.

The clips often show children and adults collapsing to the ground as a shot rings out following the lyrics “What a shot”, before the person stands up and begins to dance as the music picks up.

The spoofs have revived debate about whether the popular dance music genre from Rio de Janeiro, known as funk, glamorizes violence. On Friday, Brazil’s government ordered the army to take over command of police forces in Rio de Janeiro state to curb violence after killings increased by nearly 8 percent last year to 6,731.

A petition to outlaw funk music because of its explicit treatment of violence, sex and drugs gained more than 20,000 signatures last year but has failed to gain traction in Congress. In a population of around 210 million people, the government recorded 59,080 gun deaths in 2015, putting it in the top 10 World Bank list of the most murderous countries.

In a music video featuring images of coffins and the faces of young children killed by stray bullets in Rio, rapper Gabriel O Pensador, also from Rio, Brazil’s second largest city, objected to the parodies.

“What a shot? No, I‘m not going to fall to the floor … I‘m a joker too, but joking has a time and a place,” he raps. “The Rio that we love celebrates carnival and this violence is terrifying.”

A city in the northeastern state of Alagoas tried to ban the song being played during Carnival this month, arguing it incited violence. Authorities sought to impose a fine of 2,000 reais ($616) for each violation, but a court stopped the city from punishing musicians before a final ruling is reached, media reports said.

Todynho, 21, whose artistic name refers to a popular brand of chocolate milk, is from Rio’s tough western neighborhood of Bangu. She said the phrase is used to mean “how cool,” in a song mostly about sambaing with your girlfriends.

The official music video, with over 136 million views, made the rounds as national attention was focused on violence during the Carnival festivities in Rio, with images of gangs robbing tourists en masse repeatedly broadcast on national TV.

Performers of funk music often say they are only reflecting the harsh reality of Rio de Janeiro and the country at large. The music has also been toned down as it has moved from the favelas to the mainstream.

Todynho herself has lashed back at her detractors.

“First of all, don’t talk about what you haven’t lived through,” she said on Instagram, referring to rampant violence in the shanty towns of the city of six million people. “I would never make music encouraging violence.”