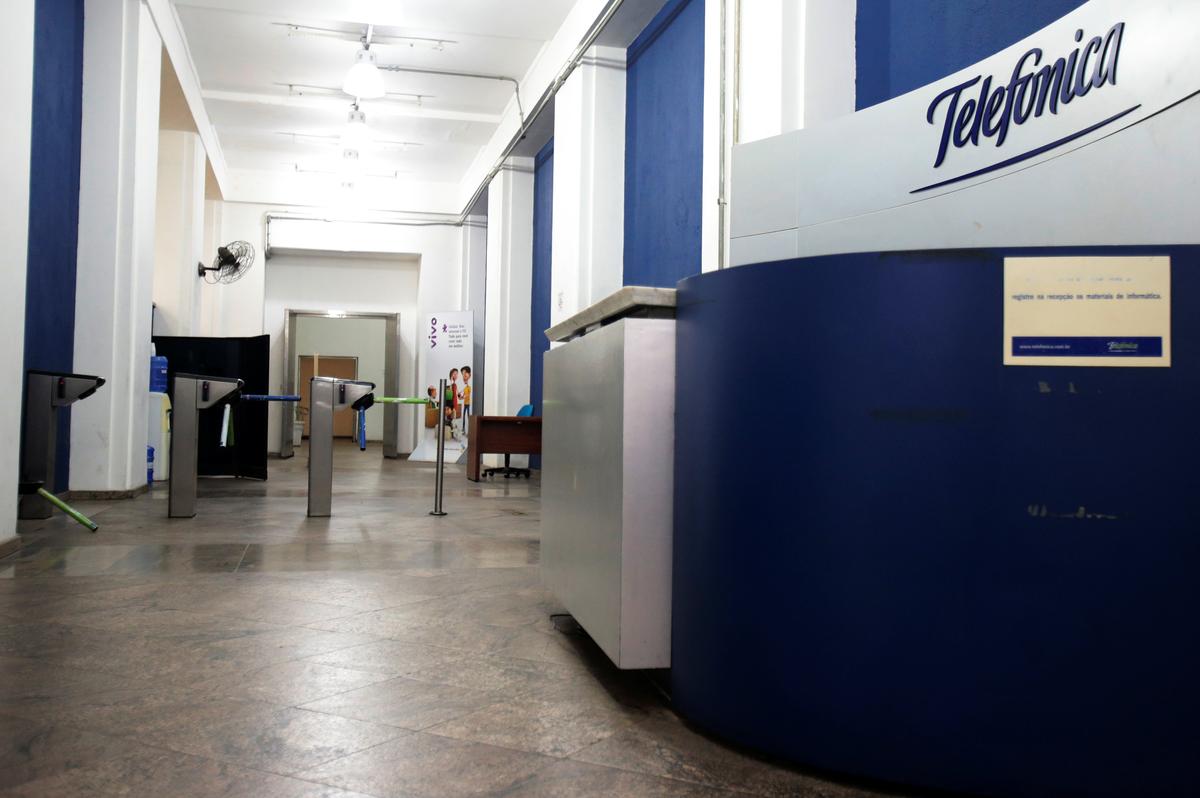 SAO PAULO/BRASILIA (Reuters) – Brazil’s major telecoms operators stand to free up hundreds of millions of dollars to invest in technologies like 4G and broadband by unloading unwanted assets, as a push by the sector to overhaul decades-old rules shows signs of paying off.

The shake-up would spur Telefonica Brasil SA (VIVT4.SA) and Oi SA (OIBR4.SA), the country’s largest wireless and fixed-line providers, respectively, to sell or ditch hundreds of under-used real estate properties, thousands of unused phone booths and other dated assets, according to executives and others with knowledge of the companies’ strategy.

In the case of Oi, the changes are also key to a proposed multi-billion dollar sale to China Telecom Corp Ltd (0728.HK) or China Mobile Ltd (0941.HK) in what would be the first big Chinese bridgehead into the Latin American telecoms sector.

While that deal could transform the now-struggling firm, any chance of a foreign bid relies on the regulatory framework being modified, several people close to the carrier told Reuters.

“The current problem is regulatory uncertainty,” said Floriano de Azevedo, a leading telecoms lawyer, who is not directly involved in the Oi deal but has advised on other major transactions. “That, more than anything, is keeping potential investors away.”

Oi and Vivo, as the Brazilian unit of Spain’s Telefonica SA (TEF.MC) is known, bear the heaviest obligations, which include maintaining hundreds of thousands of little-used pay phones and scores of real estate assets, some of which are abandoned but cannot be sold due to quirks in the current rules.

But in January, Brazilian telecoms regulator Anatel said it would consider changes this year that would allow the companies to unload certain properties.

That coincides with a separate but related push in Brazil’s Congress to allow Vivo and Oi to ditch much of their fixed-line networks and focus instead on growth sectors such as high-speed internet services.

Although legislation will be slowed in 2018 because of elections, Communications Minister Gilberto Kassab will lead talks with lawmakers to promote the changes this year, said a person with knowledge of the issue who requested anonymity to discuss internal matters.

Kassab personally met with the president of Brazil’s Senate in early February to promote the changes, the Communications Ministry said in a statement.

The changes would require much of the savings to be re-invested in broadband, 4G, and other services, according to a formula yet to be calculated. Determining net savings, as a result, is difficult and the passage of any legislation will not result in a quick windfall.

If a bill is approved, it will free up significant cash to expand modern, profitable segments, according to company sources.

Oi, for instance, maintains 650,000 pay phones, many of which are unused in an era where mobile phones are ubiquitous. It hopes to reduce that number to between 130,000 and 150,000, according to a source with knowledge of the company’s strategy who was not permitted to speak publicly.

The company also has a list of about 85 unneeded buildings it would quickly liquidate, and another 600 it would sell in the medium term, the source said, though those figures may be modified due to Oi’s recent in-court restructuring, which was approved in January.

While the source said it was difficult to put a price on many real estate assets, some are quite valuable. Among them is Oi’s 15,000-square-meter headquarters in Rio de Janeiro’s Leblon neighborhood, one of Latin America’s most exclusive places to live and work.

As prices there average over 20,000 reais per square meter, the building would almost certainly fetch close to $100 million.

The potential impact on Vivo is also significant though smaller, as the company’s regulatory obligations are limited to Sao Paulo, Brazil’s most populous state.

Vivo has fewer real estate assets to divest – dozens rather than hundreds – but many are valuable or costly to maintain.

Among them is a 10-story building in Sao Paulo’s historic but faded downtown, which once housed 2,000 employees but is now abandoned.

The company would get rid of most pay phones not in institutional locations such as hospitals and airports, Camilla Tapias, the company’s executive director of regulatory affairs, said in an interview.

No calls whatsoever were placed from over 62,000 Vivo pay phones in 2017, she said, while close to a quarter of its 179,000 pay phones suffer some sort of vandalism each month.

“People don’t use them, but if we don’t fix them, we get fined,” Tapias said. “It’s money thrown away … that would be better used elsewhere.”