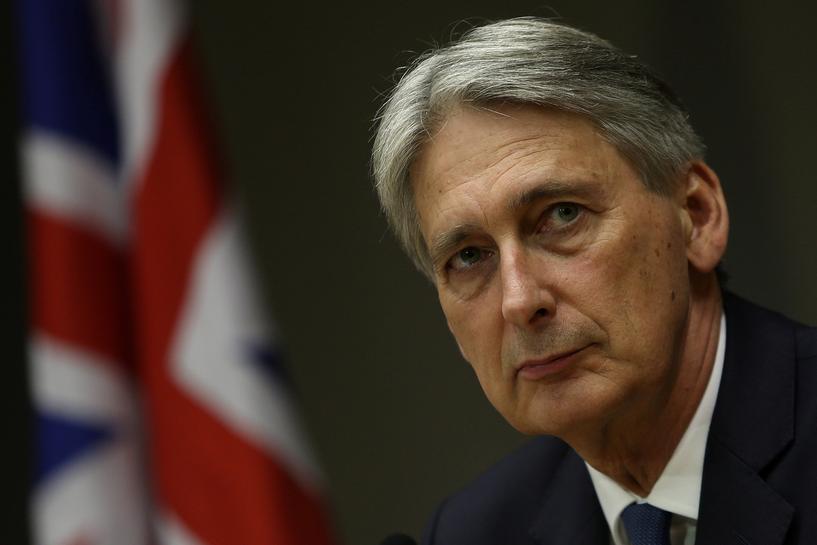 LONDON (Reuters) – One of the most vocal pro-Brexit campaign groups launched a campaign on Monday to oust chancellor of the exchequer Philip Hammond from parliament, saying he is part of a plot to stop Britain leaving the European Union.

Divisions over Britain’s Brexit strategy have resurfaced after Prime Minister Theresa May lost her parliamentary majority in an ill-judged snap election in June, generating renewed political pressure from some quarters for a softer exit.

Hammond has led calls for a multi-year, staggered break from the EU in the name of protecting the British economy, much to the annoyance of some Brexiteers who want a more decisive divorce when Britain’s membership ends in March 2019.

That has put Hammond in the crosshairs of campaign group Leave.EU, whose grassroots organisation helped bring about last year’s referendum vote to leave the bloc.

“He is part of a cabal of Westminster MPs (Members of Parliament) who believe that if they can delay exit, they can overturn the wishes of the 52 percent who despite threats from the political classes drew upon the courage of their conviction at the ballot box,” said Leave.EU Chairman Arron Banks in a letter to voters in Hammond’s constituency.

There is no automatic means for voters to get rid of their local member of parliament outside of an election period, and Britain is not scheduled to hold another vote until 2022.

But Leave.EU called on their supporters to pressure the local Conservative Party not to select him as their candidate at the next election. The group has also targeted interior minister Amber Rudd, who only won her seat by a slim majority in June.

There was no immediate comment available from the Treasury or Hammond’s local office.

Many pro-Brexit voters sense the government is going soft on the decision to leave the EU. They reject calls for a lengthy transition period and demand that tighter immigration controls are brought in as soon as possible.

“Time for the people to strike back and remind the elite of the referendum,” Leave.EU said in a statement.