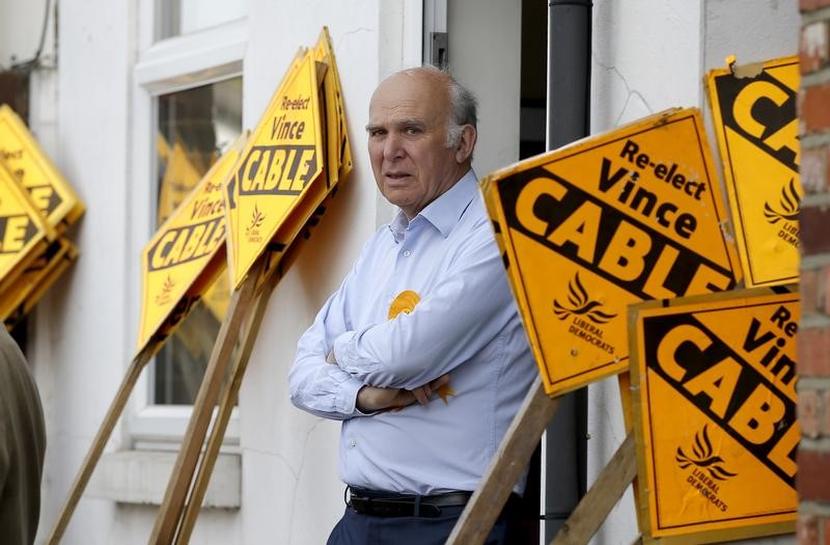 LONDON Britain’s scheduled exit from the European Union may never happen because its main political parties are too divided on the issue, said Vince Cable, a veteran lawmaker bidding to lead the fourth largest political party, the Liberal Democrats.

Prime Minister Theresa May’s failure to win an outright majority in a snap national election last month has cast doubt on her capacity to lead Britain out of the EU, sharpening a debate on what sort of exit deal the government should seek. “I’m beginning to think that Brexit may never happen,” Cable told the BBC on Sunday. “The problems are so enormous, the divisions within the two major parties are so enormous I can see a scenario in which this doesn’t happen.”

Cable served as business minister between 2010 and 2015 when the pro-European Liberal Democrats were the junior partners in a coalition government led by May’s Conservative Party.

He is currently the only candidate in a contest for leadership of his party.

The Liberal Democrats’ influence has waned since 2015, and they hold just 12 out of 650 seats in parliament.

They campaigned in the 2017 election to give Britons a second referendum on leaving the EU once a final deal had been agreed – something Cable described as a possible way out of Brexit.

The Conservatives are historically divided between a deeply eurosceptic faction and more pro-European members. That is expected to make life difficult for May when she puts Brexit legislation through parliament because she will need to unite the party to win key votes.

The second-largest party, Labour, is also riven by disagreement on what kind of deal would work best for Britain’s economy.

Last month Labour leader Jeremy Corbyn sacked three members of his policy team after they defied his wishes by coming down in favour of Britain staying in the single European market in a parliamentary vote.