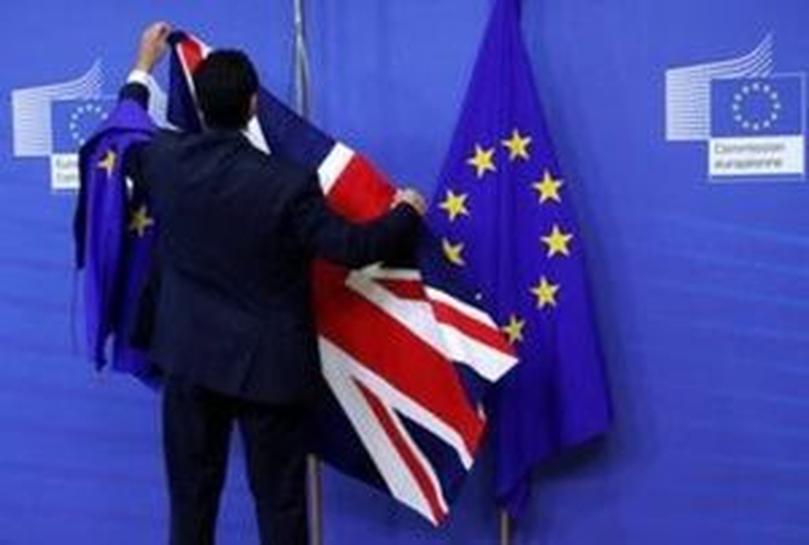 LONDON (Reuters) – Britain’s negotiations over leaving the European Union have not begun well due to disagreements among Prime Minister Theresa May’s team of ministers about the kind of deal they should be seeking, a former top British diplomat said.

Simon Fraser, until 2015 the most senior civil servant at Britain’s Foreign Office and the head of the UK Diplomatic Service, said the government needed to put forward a clearer position.

Since May lost her parliamentary majority in a failed election gamble in June, infighting between members of her cabinet has broken into the open, with disagreements on issues including whether freedom of movement of EU nationals should continue after Britain leaves the bloc in 2019.

“The negotiations have only just begun, I don’t think they have begun particularly promisingly, frankly, on the British side,” said Fraser, who also formerly served as chief of staff to the European Trade Commissioner in Brussels.

“We haven’t put forward a lot because, as we know, there are differences within the cabinet about the sort of Brexit that we are heading for and until those differences are further resolved I think it’s very difficult for us to have a clear position,” he told BBC Radio.

“The last two months we’ve had a constructive start to the negotiations, we’ve covered a significant amount of important ground,” he told reporters.

In the first full round of Brexit talks last month there was little compromise between British and EU chief negotiators on key disputes including how to protect the rights of expatriate citizens and on settling London’s EU “divorce bill”.

“So far we haven’t put much on the table apart from something on the status of nationals, so we are a bit absent from the formal negotiation,” said Fraser, who now advises businesses on Brexit.

“We need to demonstrate that we are ready to engage on the substance so that people can understand what is really at stake here and what the options are, so let’s move forward with that.”

Media reports say the government is due to publish a series of “position papers” later this week, including its proposals on future customs arrangements with the EU and how to deal with the Northern Irish border.

Fewer people killed in lorry accidents since safety measures were introduced in 2009: LTA
Minding your PQs: What’s Question Time in Parliament and why should you care?
IN FOCUS: The challenges in uncovering abuse of foreign domestic workers
1.8 million people in Singapore have received at least one dose of COVID-19 vaccine
Pregnant woman is Thailand’s first COVID-19 case with B1617 variant from India