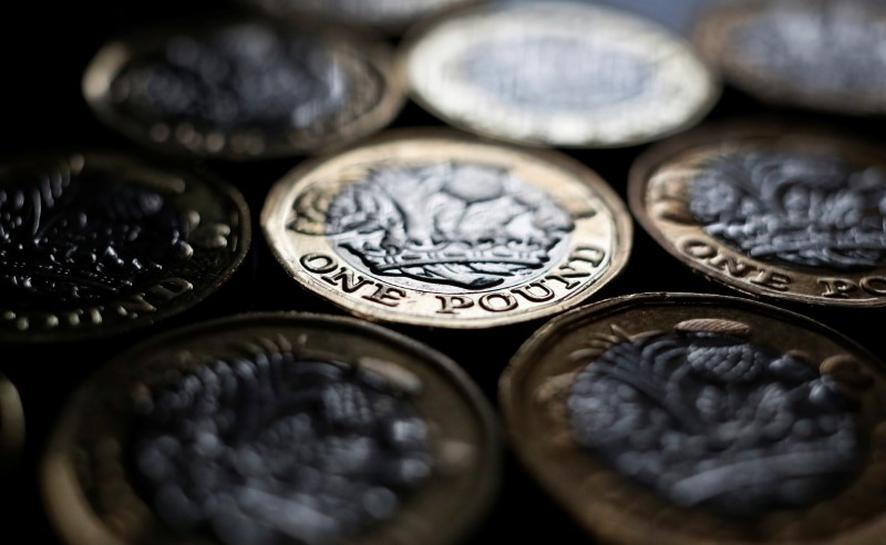 LONDON (Reuters) – Progress in Britain’s divorce talks with the European Union would give the biggest boost to sterling in the coming year, according to foreign exchange strategists who painted a benign outlook for the pound.

There has been scant headway in negotiations and embattled Prime Minister Theresa May faces a political balancing act as she tries to meet EU demands for more concrete pledges on Britain’s exit bill without triggering a backlash from Brexit campaigners at home.

“Brexit has been the main bearish driver for sterling and we would expect a significant appreciation of the pound derived from a ‘soft Brexit’,” said Roberto Cobo Garcia at BBVA.

Seventeen of 33 strategists who answered an extra question said progress in the talks would give the biggest boost, eight said a pickup in the pace of Bank of England rate hikes and six a surge in productivity. Two said a reversal of Brexit.

Sterling is down about 10 percent on the greenback since June 2016’s vote to leave the EU. A hard Brexit, where Britain leaves without a deal, would be the most damaging outcome for the economy and currency, several previous Reuters polls found.

The likelihood of such a disorderly Brexit crept higher last month, a Reuters poll found a few weeks ago, and since then May’s powerbase has been damaged further by criticism of her handling of other issues: from a sexual harassment scandal to ministers breaking parliamentary rules.

A record majority of Britons disapprove of May’s handling of Brexit talks and they are increasingly sceptical that leaving the EU will make the country better off, an opinion poll showed on Tuesday.

Britain heads into another round of talks later on Thursday but there are growing doubts over May’s ability to deliver a good Brexit deal, adding pressure on the pound.

FILE PHOTO – People are silhouetted on a sunny morning as they walk past the columns of the Bank of England in the City of London, May 19, 2014.REUTERS/Andrew Winning

So with little clarity on what position Britain will be in when it leaves the bloc in March 2019, median forecasts in the poll of almost 60 specialists gave a flat outlook for sterling in the coming year.

Last week, sterling plummeted after the Bank of England raised interest rates for the first time in over a decade, to try and combat inflation running well above target, but pushed back investors’ expectations for further rate hikes.

“The pound has suffered on the back of rising hard Brexit fears and the BoE delivering on a dovish hike,” analysts at CA-CIB wrote in a note to clients.

“With political uncertainty unlikely to further increase and as long-term rate expectations are likely to stabilise, we expect sterling downside to prove limited from current levels.”

Britain’s central bank added 25 basis points to a record low Bank Rate of 0.25 percent, but that move won’t be repeated until after Brexit in 2019, another Reuters poll found.

Echoing the BoE’s tentative move, and a cautious approach from the United States Federal Reserve, the European Central Bank last month took only a baby step towards weaning the euro zone off loose money.

Yet against the common currency the pound is predicted to weaken. Worth about 88.3 pence on Wednesday, one euro will get you 88.8p in a month and 90.0p in six and twelve months, the latest forecasts showed.

Lawyers For ‘Hong Kong 12’ Turned Away by Detention Center in South China
Walking, cycling and kayaking tours now allowed for groups of up to 20
Commentary: BTS management’s stock listing is a sign K-Pop is no passing fad
Bucking the trend, some F&B businesses open new outlets despite COVID-19 downturn
Couple not allowed to return to China before COVID-19 trial resumes, after High Court overturns district judge’s decision