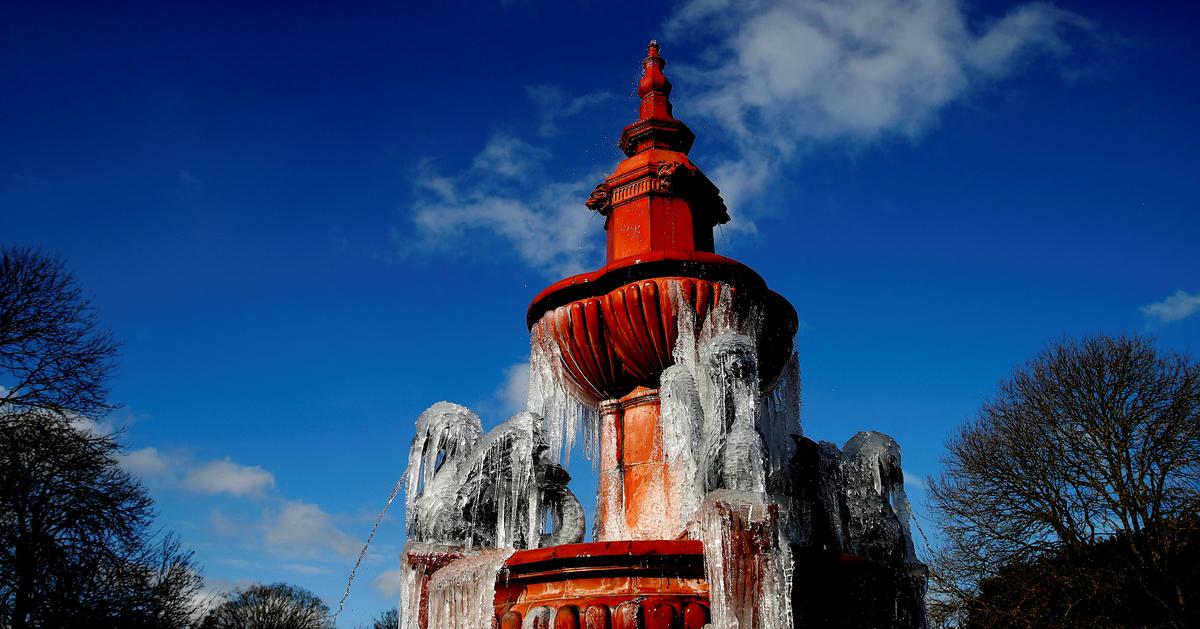 LONDON (Reuters) – Snow fell over swathes of Britain on Tuesday as freezing weather dubbed “the Beast from the East” swept in from Siberia, forcing some schools to close and snarling the travel plans of thousands.

Parts of eastern Britain have seen up to 10 cm of snow this week and temperatures could fall towards minus 10 Celsius in some rural areas, Britain’s weather service said.

“Bitterly cold easterly winds maintain their grip across the UK and we will see further snow showers in some places,” said Aidan McGivern, a meteorologist at the Met Office. “It is bitterly cold out there.”

Train services and some flights were cancelled while police warned drivers to take care as they battled blizzards and ice.

In London, snow covered some parts of Westminster and a blizzard briefly swept through the Canary Wharf financial district.

The freezing weather was expected to last for the rest of the week.