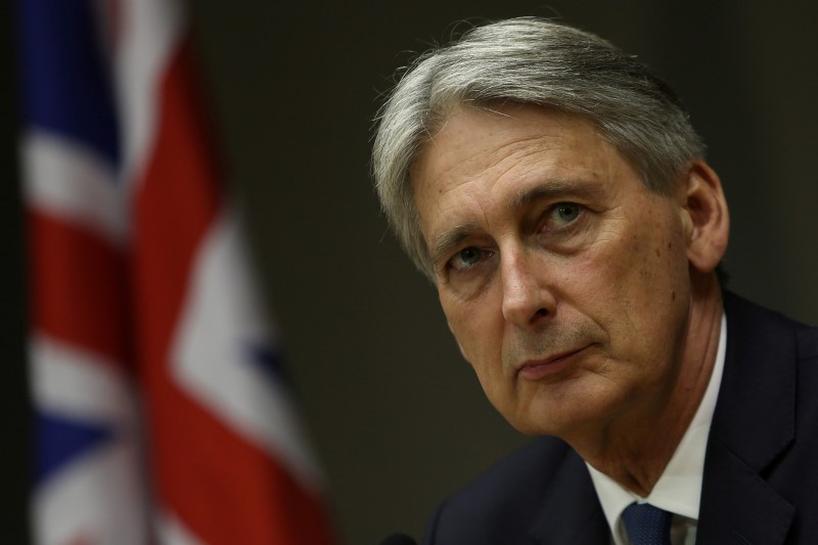 LONDON (Reuters) – Britain said on Sunday that it wants talks with the EU to move on to the next phase, as it set out details of the future relationship it envisages with the bloc and senior ministers presented a united approach to negotiations.

Britain is keen to start talking about its post-Brexit relationship with Europe, wary of the need to reassure anxious businesses, citizens and investors. But Brussels has insisted that progress must be made on divorce arrangements first.

“We need to get on with negotiating the bigger issues around our future partnership to ensure we get a deal that delivers a strong UK and EU,” Brexit minister David Davis said in a statement.

Britain’s call to move forward with Brexit talks came as finance minister Philip Hammond and trade minister Liam Fox presented a united front that there should be a time-limited transition period – signalling a truce between rival factions in Prime Minister Theresa May’s cabinet.

Davis’s Brexit department said it was preparing to publish several papers, including plans for a new customs arrangement and a proposal on how to resolve the difficulties of a non-physical border between Ireland and Northern Ireland.

“We’ve been crystal clear that issues around our withdrawal and our future partnership are inextricably linked,” a source in Britain’s Brexit department said.

“These papers show we are ready to broaden out the negotiations.”

Talks so far have focused on how much Britain should pay to leave the EU, what rights British and EU citizens will have, and how to manage a land border to the bloc in Ireland. The two sides will be looking for a solution to those issues at the next round of talks due at the end of this month.

The decision to announce the publication of papers on its plans indicates Britain’s desire to counter criticism from Brussels about its approach to the talks.

In July, EU officials said progress was difficult not because Britain had unacceptable demands, but because it had no position at all on many issues. EU negotiators have warned that an already-tight timetable could be delayed ahead of a scheduled March 2019 exit.

A British paper focused on “issues unique to Northern Ireland and Ireland” is expected ahead of the talks, but no further details of the proposal were provided on Sunday.

The Sunday Telegraph reported that Britain was seeking a “Schengen area” between Britain and Ireland, which would allow free movement of people and a “light-touch customs regime” across the border of the Republic of Ireland and Northern Ireland. The Brexit department declined to comment on the story.

FILE PHOTO: Flags are seen at the EU Commission headquarters ahead of a first full round of talks on Brexit, Britain’s divorce terms from the European Union, in Brussels, Belgium July 17, 2017.Yves Herman

Separate papers would also address “Continuity in the availability of goods for the EU and the UK” and “Confidentiality and access to official documents”, the Brexit department said.

Eager to push talks past the opening divorce issues and on to the future trading and legal ties to the bloc, Britain also promised a series of “Future Partnership” papers in the run-up to October’s European Council. The first will be a proposal for new customs arrangements.

The push to move forward with Brexit comes as Prime Minister May’s top ministers moved to strike a more united tone on leaving the European Union, after in-fighting in the wake of an electoral failure in June in which May’s Conservative party lost its majority in parliament.

Some still dispute her approach, with former foreign minister for the now-opposition Labour party David Miliband and pro-EU Conservative MP Anna Soubry warning in Sunday newspapers of the economic “self-harm” of leaving the single market.

However, pro-European finance minister Hammond and ardent Brexiteer trade minister Fox set out a joint position in the Sunday Telegraph that a transition period was needed when Britain leaves the EU, but single market membership would still end and the interim period would not be used to stop Brexit.

Foreign Minister Boris Johnson said in a tweet that the article was the “right way forward” and would “create certainty and a great new European relationship”.