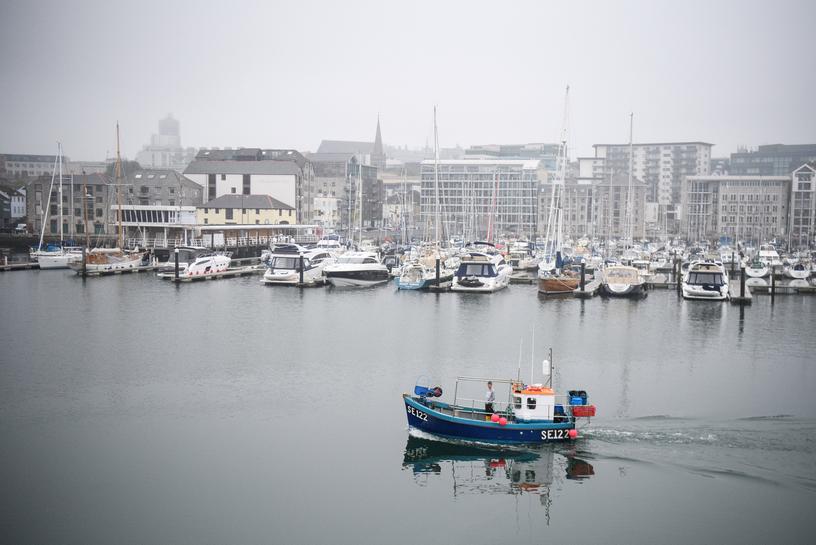 LONDON Britain will withdraw from an agreement that allows some other European countries to fish between six and 12 miles from its coast in a move to “take back control” of fishing policy, Environment Secretary Michael Gove said on Sunday.

But the European Union’s chief Brexit negotiator said the move would make little difference as the agreement in question had already been superseded by the EU’s Common Fisheries Policy, which is subject to Britain’s exit talks.

The British government said it would begin on Monday a two-year process to leave the London Fisheries Convention, an agreement dating from 1964, before Britain joined the European Union, that allows vessels from France, Belgium, Germany and the Netherlands to fish in British waters.

“We will have control, we can decide the terms of access,” Gove told the BBC Andrew Marr show on Sunday.

Gove, a prominent leave campaigner in the EU referendum, also said that once Britain left the trading bloc, it would be able to extend control of its waters to 200 miles, or to the median line between Britain and France or Britain and Ireland.

He said that leaving the London Fisheries Convention meant that for the first time in more than 50 years, Britain would be able to decide who could access its waters.

“This is a historic first step towards building a new domestic fishing policy as we leave the European Union – one which leads to a more competitive, profitable and sustainable industry for the whole of the UK,” he said.

The government said an estimated 10,000 tons of fish was caught by vessels from France, Belgium, Germany, Ireland and the Netherlands in 2015 within 12 nautical miles of the British coast.

But the EU’s chief Brexit negotiator Michel Barnier rejected Gove’s assertion that Britain would be able to unilaterally dictate terms of access to its waters.

The interest of the remaining 27 countries will be the EU’s priority in negotiations on fishing policy, he said.

Ireland’s minister for agriculture, food and the marine Michael Creed said the move was “unwelcome and unhelpful”, but not surprising.

“This is a ratcheting up of the temperature around the negotiations,” he told Irish national broadcaster RTE.

(Reporting by Paul Sandle in London, Alastair Macdonald in Brussels and Conor Humphries in Dublin; Editing by Andrew Heavens and David Evans)