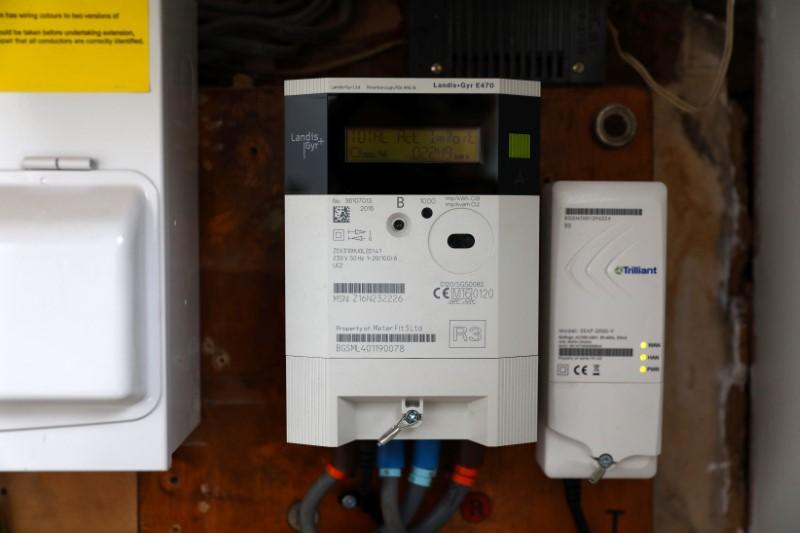 LONDON (Reuters) – Prime Minister Theresa May will cap the energy bills of 11 million British households for as long as five years under a new law introduced to parliament on Monday, aimed at tackling what she describes as “rip-off” energy prices.

The new legislation will force the energy regulator Ofgem to cap electricity and gas prices until 2020 when the regulator will recommend whether it should be extended on an annual basis up to 2023, the government said.

The government said that some customers are being charged more than 300 pounds than they should be, and the cap will apply to expensive plans that customers are moved to when their cheaper fixed deals end.

“It’s often older people or those on low incomes who are stuck on rip-off energy tariffs, so today we are introducing legislation to force energy companies to change their ways,” May said.

A gas cooker is seen in Boroughbridge, northern England in this November 13, 2012 file photograph. REUTERS/Nigel Roddis/Files

“Our energy price cap will cut bills for millions of families. This is another step we are taking to help people make ends meet as we build a country that works for everyone.”

A report by a committee of lawmakers earlier this month found that the current energy market is “broken” and penalises customer loyalty.

Home power bills have doubled in Britain over the past decade to an average of about 1,150 pounds a year.

The energy company Centrica (CNA.L) said while it agreed that standard variable rates are a problem for customers because they have no end dates, price controls are the wrong solution.

“We just do not agree with introducing price controls into a competitive market which will reduce competition and choice, and therefore impact consumers,” the company said in a statement.