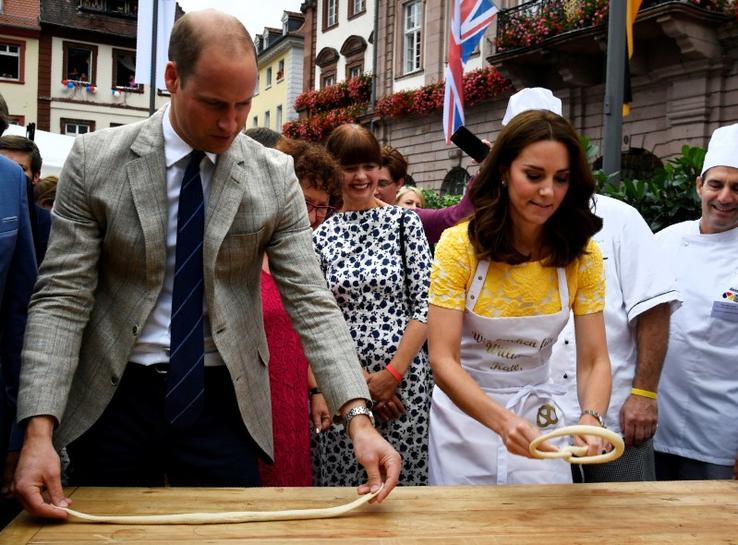 BERLIN (Reuters) – Prince William and his wife Catherine made traditional German pretzels and coxed rival teams in a rowing boat race in the southern university town of Heidelberg as part of a three-day tour through Germany.

William, second in line to the British throne, and Catherine took a lesson in pretzel-making from apprentices and also made colourful candies during the visit, which is taking place as Britain negotiates its exit from the European Union.

William, whose 19th century ancestor was German, led his team to victory in the boat race on the Neckar River as crowds cheered from the banks.

The royal couple also visited a cancer research laboratory, where the premier of the southwestern state of Baden-Wuerttemberg, Winfried Kretschmann, gave them a customised wooden cuckoo clock decorated with the British flag and a red stag with blue antlers.

William did not look convinced but said it was “fantastic”.

On Wednesday the couple had lunch with German Chancellor Angela Merkel at her office and visited Berlin’s Holocaust Memorial.