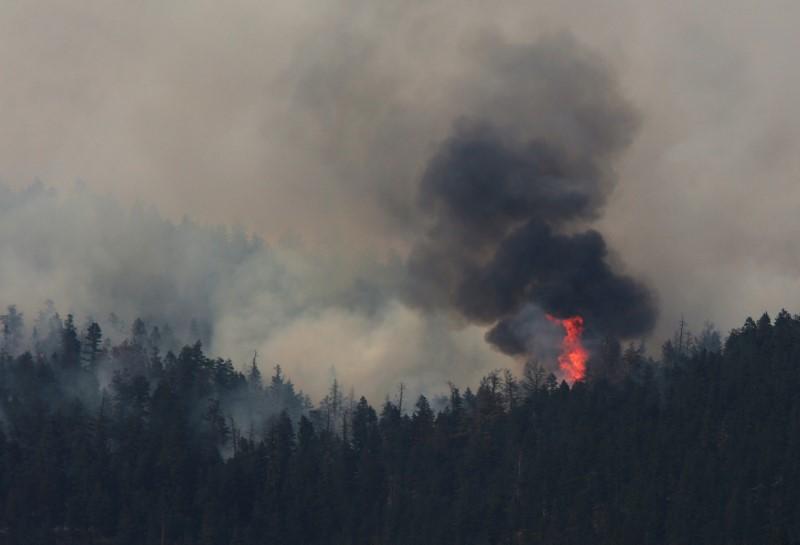 CALGARY, Alberta (Reuters) – The Canadian province of British Columbia has extended a state of emergency for a third time until Sept. 1 because of wildfires raging across the region, the provincial government said on Friday.

Since early summer firefighters and emergency services have been battling hundreds of blazes across British Columbia that have forced as many as 45,000 people from their homes.

More than 894,000 hectares (2.2 million acres) have burned so far this year, making it the most destructive fire season since records began in 1950.

The wildfires have prompted the longest-lasting state of emergency ever declared in British Columbia, having started on July 8, and gives federal and provincial authorities the power to take any action necessary to fight the wildfires.

There are 140 fires still burning across the province, and while many residents have been able to return to their homes, 4,400 are still under evacuation orders and another 20,000 remain on evacuation alert, meaning they may have to leave at any time.

“There are a challenging few days ahead mainly due to winds,” he said. “We are expecting growth in a number of fires and there’s a chance we will have to respond to some new fires.”

Skrepnek said that so far the wildfire response had cost the province C$325 million ($258.45 million).