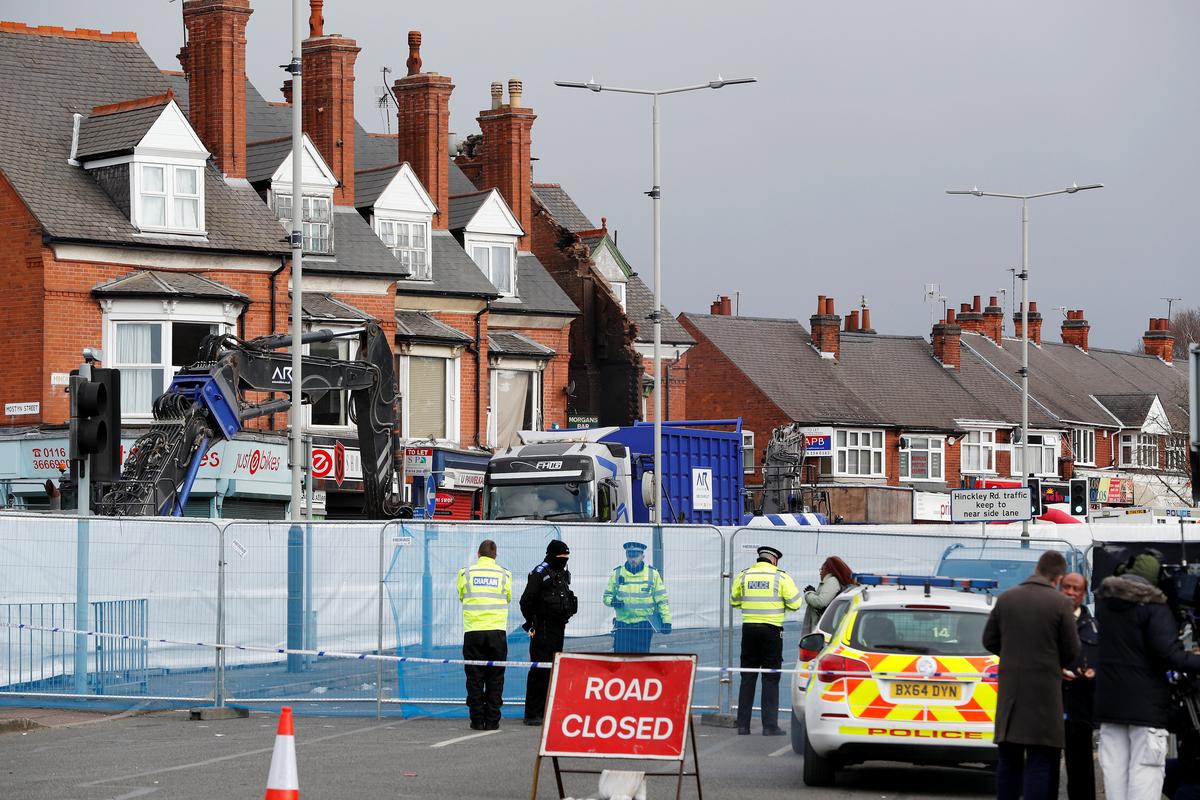 LEICESTER, England (Reuters) – British police searched for survivors on Monday in the rubble of a shop and apartment destroyed by an explosion that killed at least five people and injured five others in the city of Leicester on Sunday evening.

CCTV footage posted on the local newspaper’s website showed the entire front of the building shooting into the road as a car passed. The scene was then engulfed in fire.

The Leicester Mercury said the shop was a Polish convenience store called Zabka Leicester and above it was a two-storey apartment.

Police and the fire service said it would take time to establish what caused the explosion but that there was no immediate indication it was linked to terrorism.

Police officers keep a road cloased as salvage crews work behind screens at the scene of a convenience store and home that were destroyed by an explosion in Leicester, Britain, February 26, 2018. REUTERS/Darren Staples

“There are still pockets of fire in the basement area of the building,” said Matt Crane of Leicestershire Fire Service.

“We have a significant number of specialist search and rescue teams who are supported by two search dogs.”

Five people were taken to hospital, one of whom remains in a critical condition, police said.

Local resident Harrish Patni told Sky News: ”We heard this massive explosion, the shop window six doors away vibrated and we thought it can’t be a car accident, it didn’t sound like a crash.

“We came outside and there was a big cloud of smoke, bricks all across the road.”

Leicester, in the centre of England, has long been one of Britain’s most culturally diverse cities, with a large population of people from the Asian subcontinent and many other ethnicities.