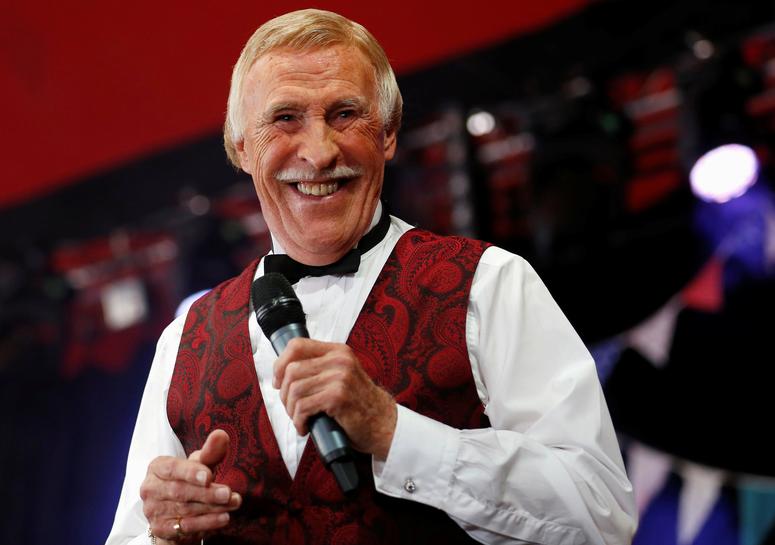 LONDON (Reuters) – Veteran British television presenter and entertainer Bruce Forsyth, who appeared for decades on a string of Saturday night primetime shows, has died at the age of 89, the BBC reported on Friday.

Forsyth, one of Britain’s best-known gameshow hosts, fronted television programmes including “The Generation Game” and “Play Your Cards Right”. Most recently he presented dance contest “Strictly Come Dancing” for ten years until 2014.

BBC Director General Tony Hall described him as “one of the greatest entertainers our country has ever known”.

“He has delighted millions of people and defined Saturday night television for decades … his warmth and his wit were legendary,” Hall said in a statement on Twitter.

“He had a remarkable chemistry with his audience – that’s what made him such an amazing professional and why he was so loved.”

The BBC reported Forsyth, who was knighted by Queen Elizabeth in 2011, had been unwell for some time and had undergone keyhole surgery in 2015 after suffering two aneurysms.