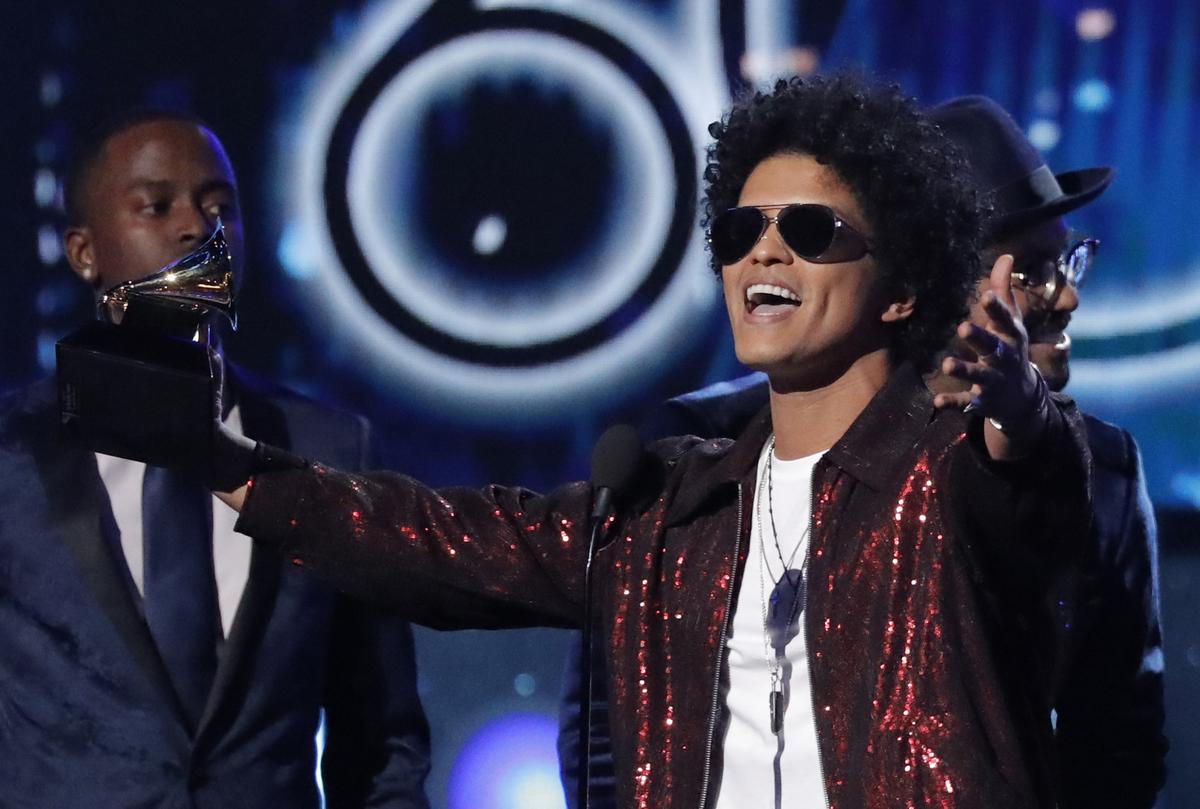 NEW YORK (Reuters) – R&B artist Bruno Mars won the top prize at the Grammy Awards on Sunday, denying rappers Kendrick Lamar and Jay-Z the honor of becoming the first hip-hop artist in 14 years to win the coveted album of the year award.

Lamar, 30, regarded as one of the most innovative rappers of his generation, won five prizes mostly in rap categories, for his album “DAMN.” and single “Humble.”

Lamar’s victories came at the expense of veteran Jay-Z and his soul-baring album “4:44.” Jay-Z won none of his eight nominations and chose not to perform at the three-hour show.

On the red carpet, dozens of musicians wore or held white roses to signal support for women’s equality and freedom from sexual harassment, a theme that was echoed on stage in an emotional performance by Kesha of her single “Praying.”