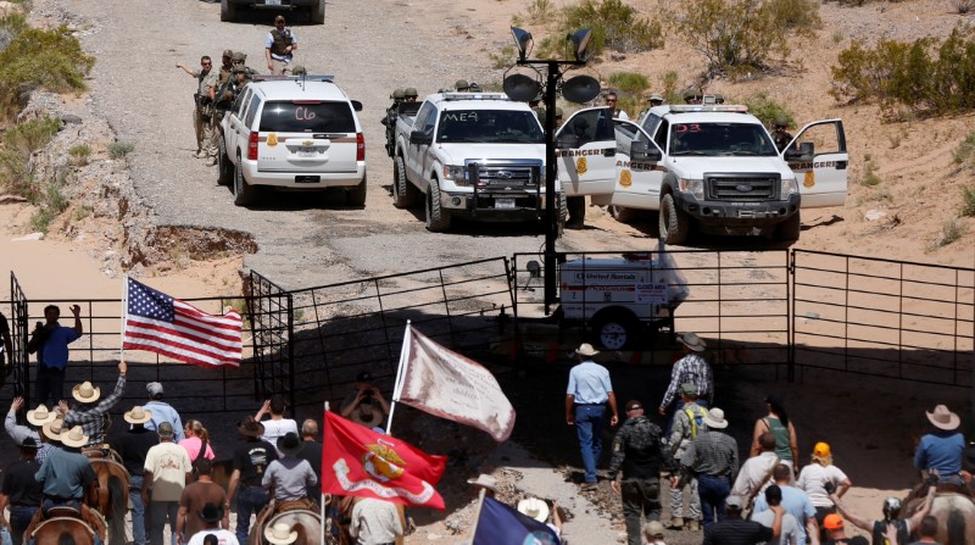 (Reuters) – One of two men convicted in the first of several trials stemming from a 2014 standoff led by renegade rancher Cliven Bundy against federal authorities in Nevada was sentenced on Wednesday to 68 years in prison for his role in the armed confrontation.

Gregory Burleson, 53, of Phoenix, was found guilty in April of eight felony counts, including charges of threatening and assaulting federal officers, obstruction of justice, interstate travel in aid of extortion and firearms offenses related to a crime of violence.

The uprising at Bundy’s ranch near Bunkerville, Nevada, 75 miles (120 km) northeast of Las Vegas, grew out of a dispute in which federal agents seized Bundy’s cattle over his refusal to pay fees required for grazing his livestock on government land.

The standoff became a flashpoint in long-simmering tensions over federal ownership of vast tracts of public lands in the West, and a rallying point for right-wing militants who challenge the U.S. government’s authority in the region.

Burleson was the first of 17 defendants from the Bundy revolt to be tried, convicted and sent to prison. A co-defendant found guilty by the same jury faces sentencing in September.

Four others granted a mistrial in April are being retried in Nevada. Two more groups of defendants, including Bundy and his sons, are scheduled to stand trial later this year and next.

Two others charged in the case pleaded guilty separately. One received a seven-year prison term, the other will be sentenced in January, said Trisha Young, a spokeswoman for the U.S. Attorney’s Office in Las Vegas.

Two of Bundy’s sons and four followers were acquitted of conspiracy charges in a separate trial in October stemming from their armed takeover of a federal wildlife center in Oregon in early 2016.

Burleson and the five others with whom he was tried were described by prosecutors as Bundy’s “gunmen and followers,” who showed up at his ranch from neighboring Western states armed with assault rifles and other weapons.

Prosecutors said all six were among hundreds who descended on Bunkerville in April 2014 for a showdown with federal officers providing security during a court-ordered roundup of Bundy’s cattle.

Outgunned by Bundy’s supporters, authorities released the cattle and left the area. Although no shots were fired, prosecutors said Burleson and his five co-defendants aimed rifles at law enforcement.