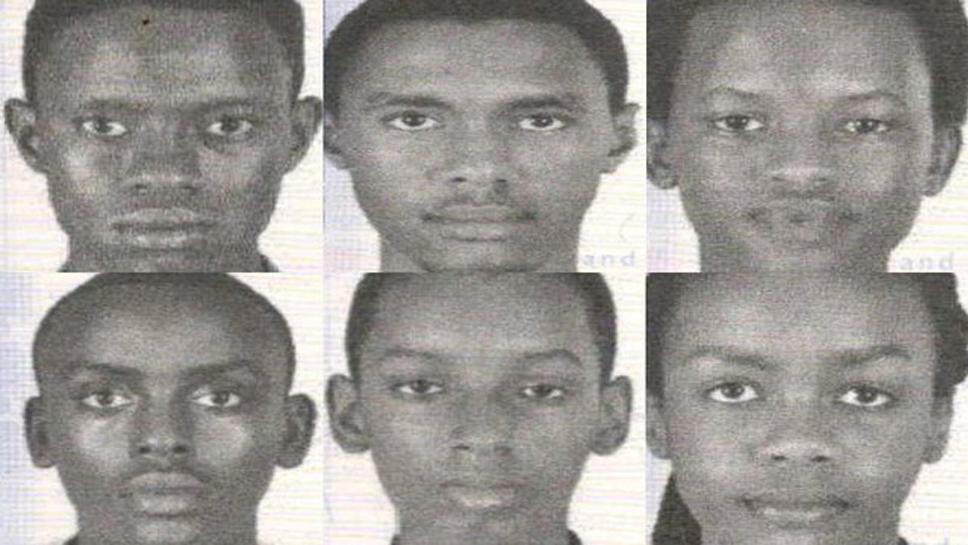 WASHINGTON (Reuters) – Six teenagers from a Burundi robotics team have been reported missing after an international competition in Washington and two of them were seen entering Canada, police said on Thursday.

The four males and two females were last seen late on Tuesday afternoon when the robotics contest ended at the FIRST Global Challenge, police said. Authorities issued missing persons photographs of the six on Wednesday.

“We don’t have any indication of foul play and we’re continuing to investigate this case,” she said. Police said they did not have information about how they were spotted or the nature of the border crossing.

Canada’s Border Services Agency said it could neither confirm nor deny that the pair entered Canada.

Teams of teenage students from more than 150 countries took part in the competition, which was designed to encourage careers in math and technology. An all-girl squad from Afghanistan drew worldwide media attention when President Donald Trump intervened after they were denied U.S. visas.

Don Ingabire (L), 16 and Audrey Mwamikazi, 17, members of a teenage robotics team from the African nation of Burundi, who were reported missing after taking part in an international competition and later spotted crossing the United States border into Canada, are seen in pictures released by the Metropolitan Police Department in Washington, D.C., U.S. July 20, 2017. Metropolitan Police Department/Handout via REUTERS

Burundi has long been plagued by civil war and other violence. Fighting has killed at least 700 people and forced 400,000 from their homes since April 2015 when President Pierre Nkurunziza said he would run for a third term in office.

The Burundi Embassy in Washington said by email that it did not know about the robotics contest or if a Burundian team was attending.

Competition organizer FIRST Global said in a statement that its president, Joe Sestak, made the first call to police about the missing competitors. The non-profit group learned on Tuesday night that the Burundi team’s adult mentor had been unable to find them, it said.

The keys to the students’ rooms at Trinity Washington University were left in the mentor’s bag and their clothes had been taken from the rooms, the organization said.

“The security of the students is of paramount importance to FIRST Global,” the statement said. It added that FIRST Global had provided safe transport to university dormitories and students were always supposed to be under the supervision of their mentor.

The other missing Burundians were named as Nice Munezero, 17; Kevin Sabumukiza, 17; Richard Irakoze, 18; and Aristide Irambona, 18. Police said the students had one-year visas.