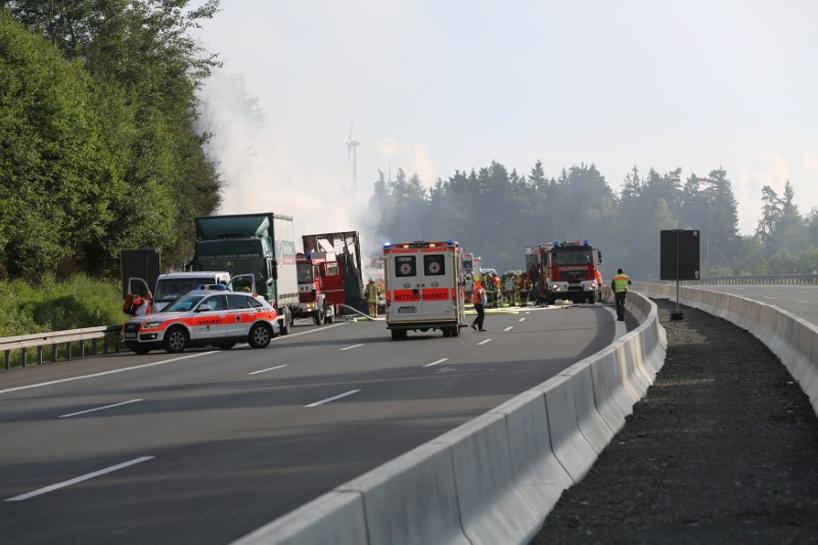 BERLIN Thirty-one people were injured, some seriously, when a coach burst into flames after colliding with a lorry on a motorway in the German state of Bavaria on Monday, police said on Twitter.

There were 48 people on the bus at the time of the crash. A police spokesman told broadcaster n-tv that 17 people were unaccounted for and he expected several had died.