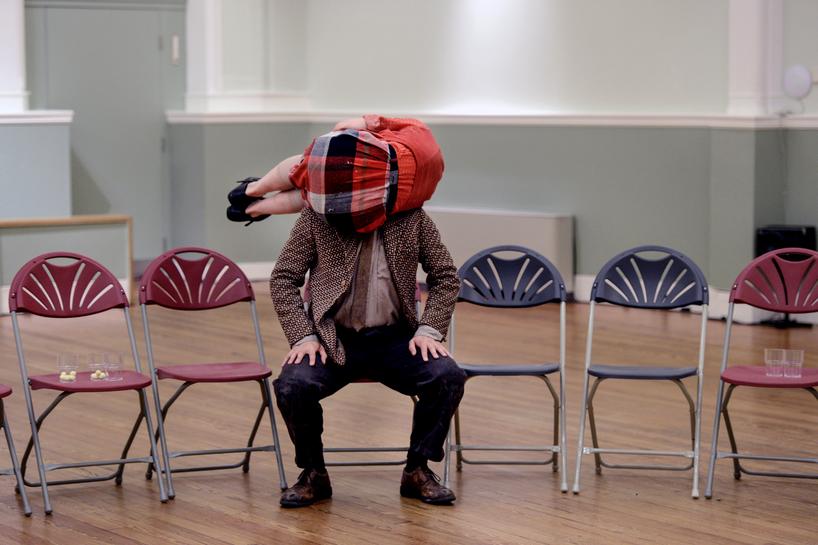 A punchy dance performance at the Edinburgh Fringe shines a rare spotlight on Caitlin Thomas, whose husband Dylan was one of Britain’s greatest 20th century writers, and the brutal self-inflicted torture of an alcoholic relationship.

The couple dance, drink, crawl, brawl and wrap themselves around one another lovingly and viciously within the circle of an Alcoholics’ Anonymous (AA) meeting formed by the audience.

The show at the world’s largest arts festival has around a dozen spoken lines by Caitlin, a dancer whose name has always been in the shadow of the author of “Under Milk Wood”.

“We were supposed to be equal. But it wasn’t like that,” says Caitlin, played by Eddie Ladd whose lilting Welsh accent echoes the Swansea-born author of “And Death Shall Have No Dominion”.

Thomas died in 1953 during a United States poetry tour, aged 39. His powerful voice lit up his work and is familiar to Britons thanks to his BBC radio performances.

But in “Caitlin” he does not speak.

“He’s all about the words, so we decided to mute him and give her a voice,” Gwyn Emberton, who plays Dylan, told Reuters. At times in the performance Caitlin is physically wrapped around his head or holds his mouth to stop him speaking.

The reputation of Dylan, author of some of the most-quoted verse in the English language, such as “Rage, rage against the dying of the light”, owes something to his record as a performer, a drunk and a womaniser.

Caitlin outlived him by 40 years, eventually attending AA after his death.

“People celebrate what they think of as being the rumbustiousness of (their relationship). But when they get a glimpse of what that is really like, well, that’s only the half of it,” Ladd told Reuters.

Emberton says the author of “Do Not Go Gentle into That Good Night” has an exaggerated reputation, while Caitlin is perceived as the demon muse.

“In Wales many people see him as a glorious, genius figure, while she was the one who was leading him astray,” he said. The performers hope to redress the balance, in some way.

Originally conceived as part of the centenary of Thomas’ birth in 2014, “Caitlin’s” impact and intimacy has given it a longer life and the company hopes to perform it more widely having toured extensively in Wales.