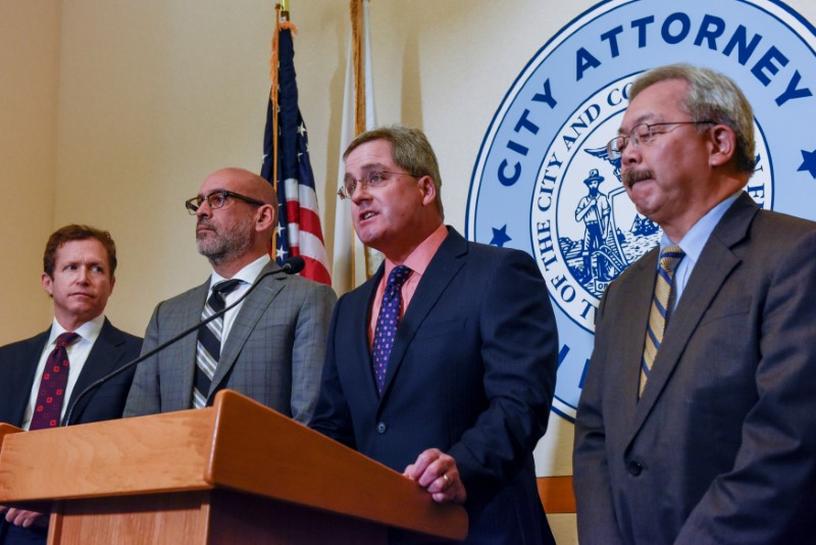 However, a San Francisco judge drastically limited the scope of that policy in a previous lawsuit filed by the city.

The Justice Department then sought to impose conditions on a national grant for local law enforcement that mandates access to local jails for federal immigration officials, as well as 48 hours notice before releasing anyone wanted for immigration violations.

California’s lawsuit opposing those conditions, as well as San Francisco’s case, is similar to a legal challenge filed last week by the city of Chicago.

In a statement on Monday, California Attorney General Xavier Becerra said the state, not the federal government, is best suited to determine how best to allocate its law enforcement resources.

“When President Trump threatened to defund our local law enforcement’s ability to do its job and protect our people, he picked the wrong fight,” Becerra said.

A Justice Department spokesman could not immediately be reached for comment. The Trump administration contends that local authorities endanger public safety when they decline to hand over for deportation illegal immigrants arrested for crimes.

California receives about $28 million a year in federal law enforcement funding that would be subject to the new conditions, the state said in its lawsuit.

“We’re not stopping them,” Herrera said. “But our police and deputies are focused on fighting crime, not breaking up hard-working families.”