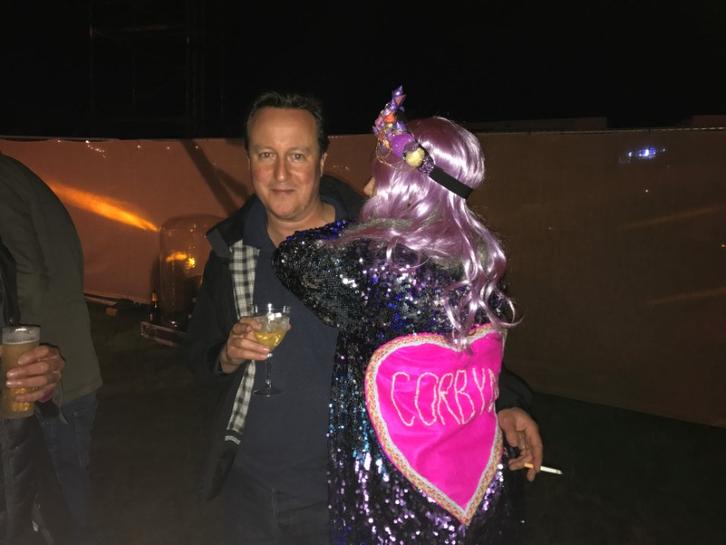 Clutching a cigarette in one hand and a drink in another, Cameron, former leader of the Conservative Party, appeared to be unaware that the back of his companion’s sequined cape was emblazoned with Corbyn’s name inside a large pink heart.

The coat’s owner, 29-year-old art consultant Lucy Edwards, later posted the photo, which went viral, on Instagram with the caption: “Couldn’t have even planned it (big Dave C in the house, shame he can’t read).”

Cameron, who was prime minister from 2010 until his resignation after the Brexit vote in 2016, was attending the upscale Wilderness festival on Saturday near his home in central England.

Left-winger Corbyn made festival headlines of his own in June with an appearance at Glastonbury.