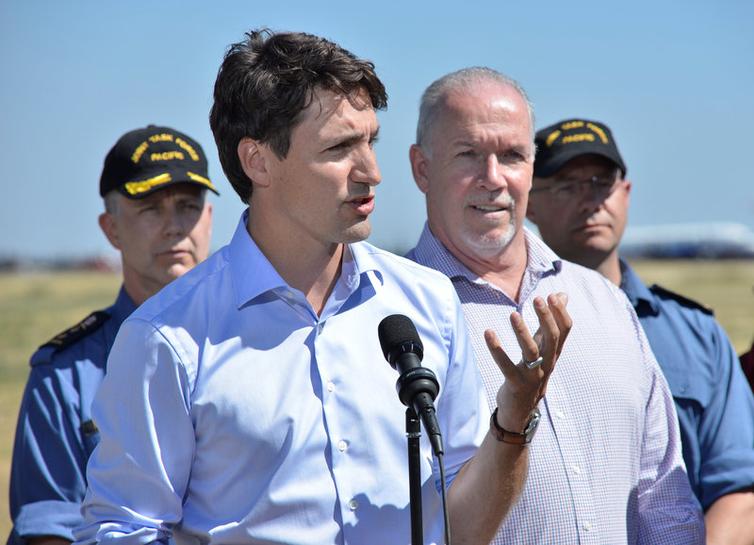 MONTREAL (Reuters) – Canadian Prime Minister Justin Trudeau, who once took to Twitter to welcome Syrian refugees into the country, said on Sunday that there would be “no advantage” to entering “irregularly.”

“Canada is an opening and welcoming society,” he told reporters in Montreal following talks with Irish Prime Minister Leo Varadkar. “But let me be clear. We are also a country of laws. Entering Canada irregularly is not an advantage. There are rigorous immigration and customs rules that will be followed. Make no mistake.”

Earlier this week, government statistics showed the number of migrants illegally crossing the border into Canada from the United States more than tripled in July.

More than 3,100 people walked across the border illegally in July to file refugee claims and were arrested, up from 884 in June, the federal government said.

Almost all went to the French-speaking province of Quebec, where the influx of primarily Haitian asylum-seekers leaving in fear of U.S. President Donald Trump’s immigration crackdown is sparking a broader backlash from opposition politicians and anti-immigrant groups.

A far-right group and pro-refugee protesters are holding demonstrations in Quebec City on Sunday over the influx of asylum seekers.

In late January, Trudeau welcomed those fleeing war and persecution a day after U.S. President Donald Trump said he would put a four-month hold on allowing refugees into the United States and temporarily barred travelers from seven countries.

“To those fleeing persecution, terror & war, Canadians will welcome you, regardless of your faith,” Trudeau said on Twitter. “Diversity is our strength #WelcomeToCanada.”