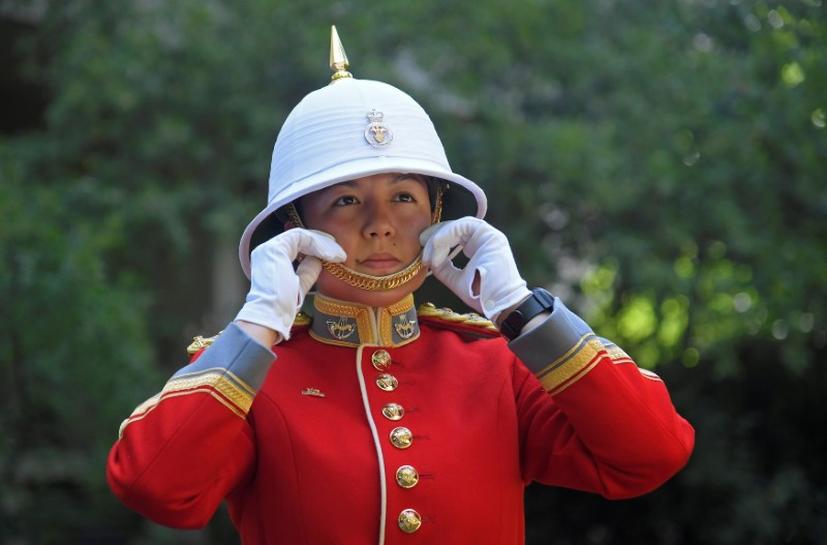 Captain Megan Couto said it was a great honour to lead her Canadian unit in the Changing of the Guard ceremony at the palace, an event which regularly attracts thousands of tourists.

“I’m feeling a little bit of healthy stress but feeling not too nervous,” Couto, 24, told Reuters before marching her troops from the Second Battalion, Princess Patricia’s Canadian Light Infantry, from nearby barracks to Buckingham Palace.

“I just need to focus on saying the right commands.”

Guard duties are normally carried out by troops from the Household Division, who have protected the sovereign and royal palaces since 1660. A detachment of the unit has carried out duties at Buckingham Palace since Elizabeth’s great-great-grandmother Queen Victoria moved there in 1837.

“We’ve rehearsed for weeks and weeks,” said Couto, whose unit was visiting Britain to coincide with the 150th anniversary of Canada, one of the 15 nations in addition to the United Kingdom which has the 91-year-old queen as head of state.

“This is definitely a big deal for us.”

Women were banned from combat roles in the British army until July last year, meaning no female infantry officers had ever had the role of Captain of the Queen’s Guard before Couto.