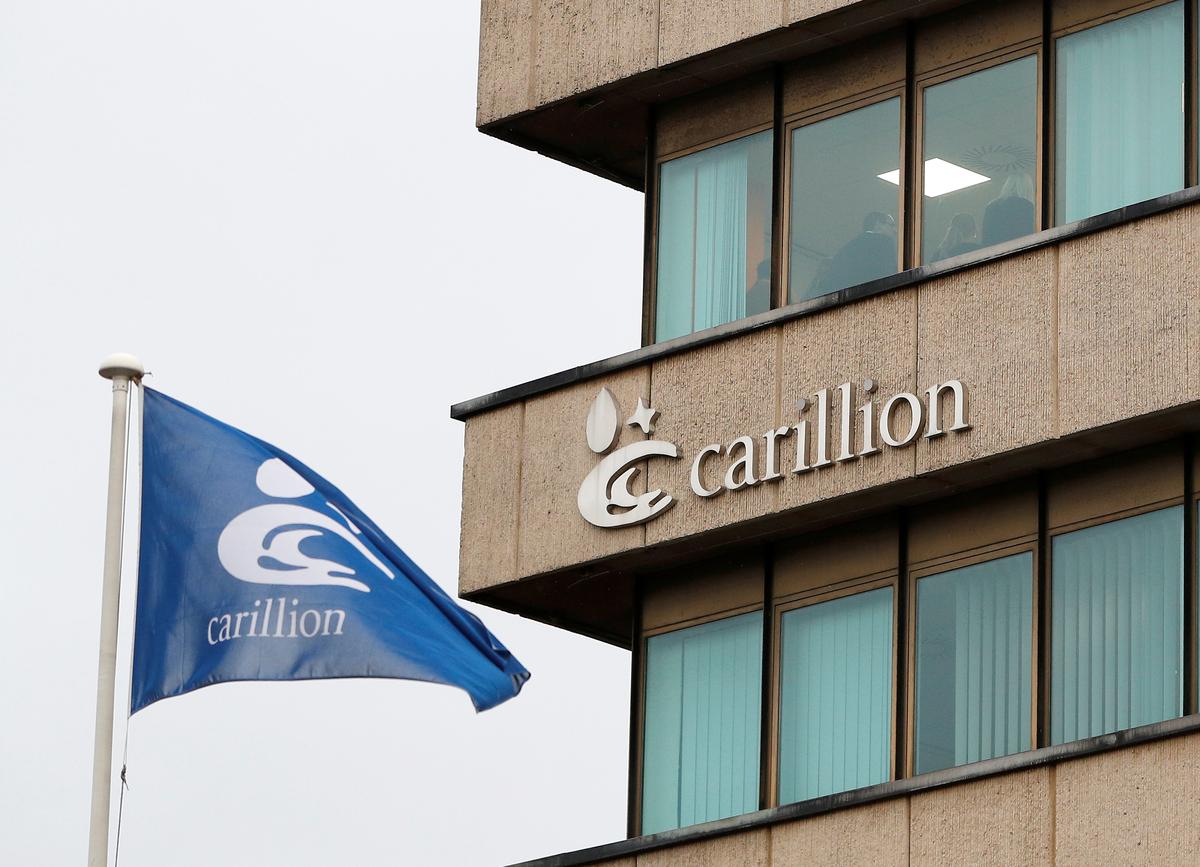 LONDON (Reuters) – The chairman of Carillion (CLLN.L) said he took “full and complete” responsibility for the construction firm’s collapse, which has put thousands of jobs on the line and left creditors, suppliers and pensioners facing losses of millions of pounds.

Employing nearly 18,000 people in Britain, Carillion failed on Jan. 15 when its banks halted funding, triggering Britain’s biggest corporate demise in a decade and forcing the government to step in to guarantee vital public services.

The failure ignited a row over Britain’s outsourcing of public services to private companies, and whether in the case of Carillion it was run for the benefit of shareholders and bosses, and not its staff or customers.

Philip Green chaired the construction and support services firm from 2014 until it was put into liquidation after the government refused to bail it out.

“My responsibility is full and complete — not necessarily culpability but no question about full responsibility,” he told a committee of lawmakers on Tuesday in parliament.

Green said the company was unable to reduce debt built up from previous acquisitions, and was left with no “wriggle room” to cope with a drop in cash flow when four major contracts rapidly deteriorated last year.

Former chief executive Richard Howson, who earned around 1.5 million pounds in the year before he stepped down in July 2017 after a profit warning, said he was “deeply saddened and sorry”.

He said the group had struggled to collect cash on some of its major contracts, particularly in the Middle East, and that he was spending around 60 percent of his time chasing payments.

The lawmakers asked why the company had increased dividends in 2013 and 2014 when the group’s cash flow was under pressure.

Howson said the dividends were necessary to demonstrate the board’s confidence in Carillion’s prospects and help it win new contracts.

Interim Chief Executive Keith Cochrane also apologised and said he had fought to save the 200-year-old firm.

During a tense hearing, the lawmakers questioned whether the company’s executives had taken on too much risk and had failed to put controls in place to cope with cost overruns and the delay by some customers in paying for work.

They accused a former finance director, Zafar Khan, and other executives of being “asleep at the wheel” as Carillion’s debt increased.

“I don’t believe we were asleep at the wheel,” Khan said. “I believe I did everything that I could have done, essentially.”

“Four months after you left, the company went into liquidation with just 29 million pounds left, leaving thousands of people potentially without jobs, and thousands of people saving for pensions without the pensions they’d expected, but you did everything right at the right time,” she said.

The session ended when the joint committee co-chairman Frank Field asked former finance director Richard Adam, Howson, Green and chair of the remuneration committee Alison Horner if their sorrow would extend to them returning any of their earnings.

“All four of you have done really very well out of a company that you’ve then in different ways helped to crash,” he said.

“Pensioners are taking cuts, lots of people are not going to get paid for their contracts, other people have lost their jobs and you are still alright, all of you, aren’t you?”

None of the four responded.

HDB CEO Cheong Koon Hean to step down in January, NEA CEO Tan Meng Dui to take over in February
Taxi driver jailed, banned from driving for knocking down student at zebra crossing
Philippines gives FDA emergency use powers for COVID-19 drugs, vaccines
Commentary: Moving to Singapore in the middle of a pandemic has changed the meaning of home
3 new COVID-19 cases in Singapore, all imported