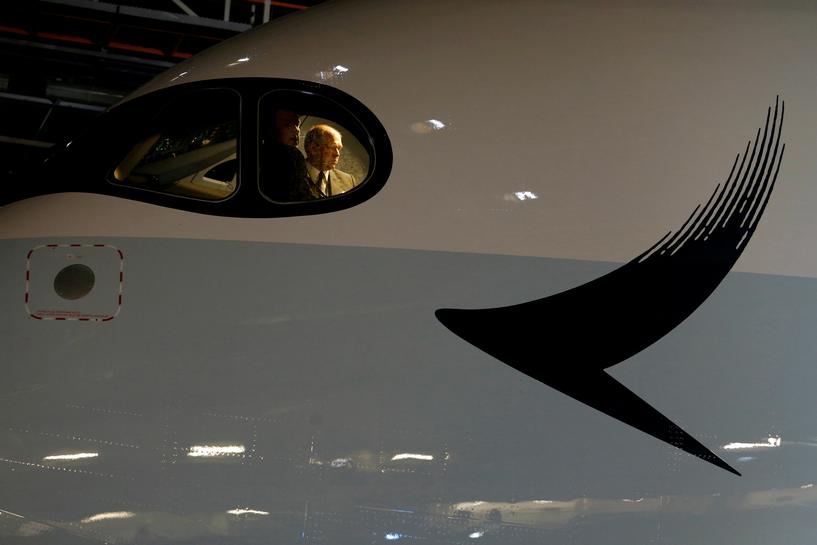 SINGAPORE (Reuters) – Cathay Pacific Airways Ltd’s (0293.HK) pilots will vote on whether to raise funds as a buffer against any actions the loss-making Hong Kong airline takes against them such as unilateral benefit changes or job losses, according to the pilot’s union.

FILE PHOTO: Pilots look out from the cockpit of a Cathay Pacific Airways Airbus A350 as the airlines hold a ceremony to mark the first of their 48 Airbus A350 arriving at Hong Kong Airport, Hong Kong, China May 30, 2016. REUTERS/Bobby Yip/File Photo

Cathay has warned its pilots about intended cuts to their housing allowances and retirement benefits as it attempts to return to profitability after reporting the worst half-year loss in at least 20 years.

The Hong Kong Pilot Aircrew Officers’ Association (HKAOA), in a notice of a meeting issued to members on Thursday and viewed by Reuters, said it proposing a levy of up to HK$500 ($64) a month that each pilot will pay, depending on rank.

Cathay has 3,300 pilots globally, two-thirds of whom are members of unions.

The HKAOA notice said the levy is meant to prepare members in the case of “industrial escalation”, which is described as action taken by the company.

It also aims to provide financial support for any member demoted or dismissed by the airline for carrying out “reasonable action on behalf of the union”.

The union and management have been unable to agree on new package terms after four months of talks, according to the union, which said it was concerned the airline would seek to resolve the impasse by unilateral means.

“The pilots are concerned about the attacks on their living conditions in Hong Kong,” HKAOA General Secretary Chris Beebe told Reuters by phone.

He said the pilots were willing to make some concessions given the company’s weak financial state, but they wanted assurances those would be recoverable once the company’s finances improved.

The union’s vote is expected to be held in December with the results out by Dec. 29 at the latest, the day the pilots’ current housing package is due to expire.

Cathay said it had been working hard to come to an agreement with the pilots and would continue efforts to reach an agreeable outcome.

“We rely on the professionalism of our pilots to maintain the integrity of our operation,” the airline said in a statement.