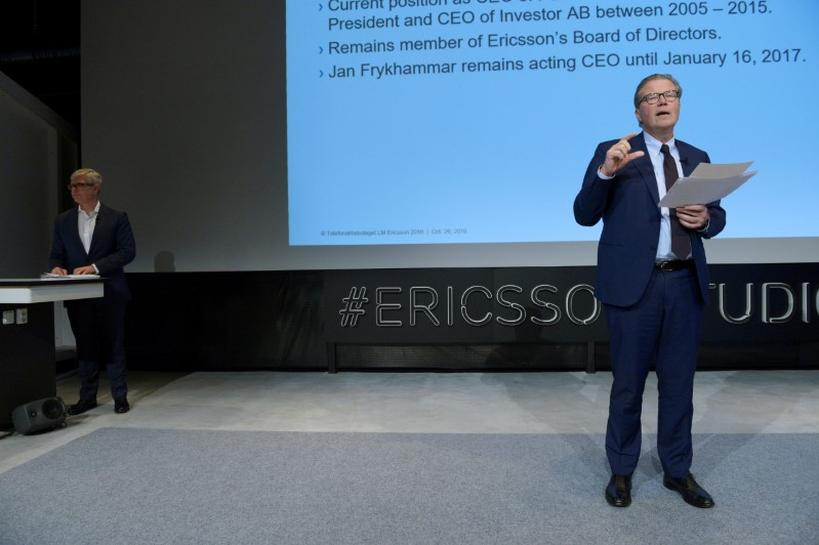 STOCKHOLM Leif Johansson, chairman of Sweden’s Ericsson , plans to quit before the company’s annual meeting in 2018 as the struggling mobile equipment firm tries to restore profitability.

Cheaper Chinese rivals have ousted Ericsson as the biggest player in the mobile equipment market while its attempt to boost revenues by broadening its client base to include utilities, transport firms and media companies has been an expensive failure.

Ericsson has drafted in a new CEO, but corporate activist investor Cevian Capital, led by Christer Gardell, recently bought a more than 5 percent stake and has been pushing for further change.

“It is not unreasonable to believe he (Gardell) has pushed Johansson out,” said a fund manager with an investment in Ericsson but who declined to be named.

“The company needs change and Johansson is not the man for change.”

Shares in Ericsson were up 1.1 percent at 0854 GMT, easily outperforming Stockholm’s blue-chip index.

Johansson, who is 65, gave few clues as to why he had chosen to step down, saying only the company had a new strategy and a new shareholder structure.

“It is natural to let the owners jointly propose a chairman and well ahead of this I want to announce that I will not be available for a next term,” he said in a statement.

Ericsson has been struggling for years, hit by a drop in spending by telecoms firms, growing competition from China’s Huawei and a resurgent Nokia. The global downturn and weak emerging markets have added to its difficulties.

Swingeing cost cuts failed to turn things around and the firm fired its long-time CEO Hans Vestberg last summer as the patience of top shareholders such as Investor and Industrivarden ran out.

Ericsson’s shares have lost almost half their value in the last two years and the company reported an operating loss of 12.3 billion Swedish crowns ($1.45 billion) in the first quarter as a result of writedowns and restructuring costs, its second quarterly loss in a row.

But some shareholders have questioned the appointment as CEO of an insider who had sat on the board for years while Ericsson’s star waned.

Johansson, a former CEO of tuck-maker Volvo has been chairman since 2011 and has also been seen by some as part of Ericsson’s past, not its future.

Cevian, which has previously pushed for value-creating structural changes at blue-chips such as truck maker Volvo and lender Swedbank, has said it supports Ekholm’s strategy but has questioned his ability to carry it out.