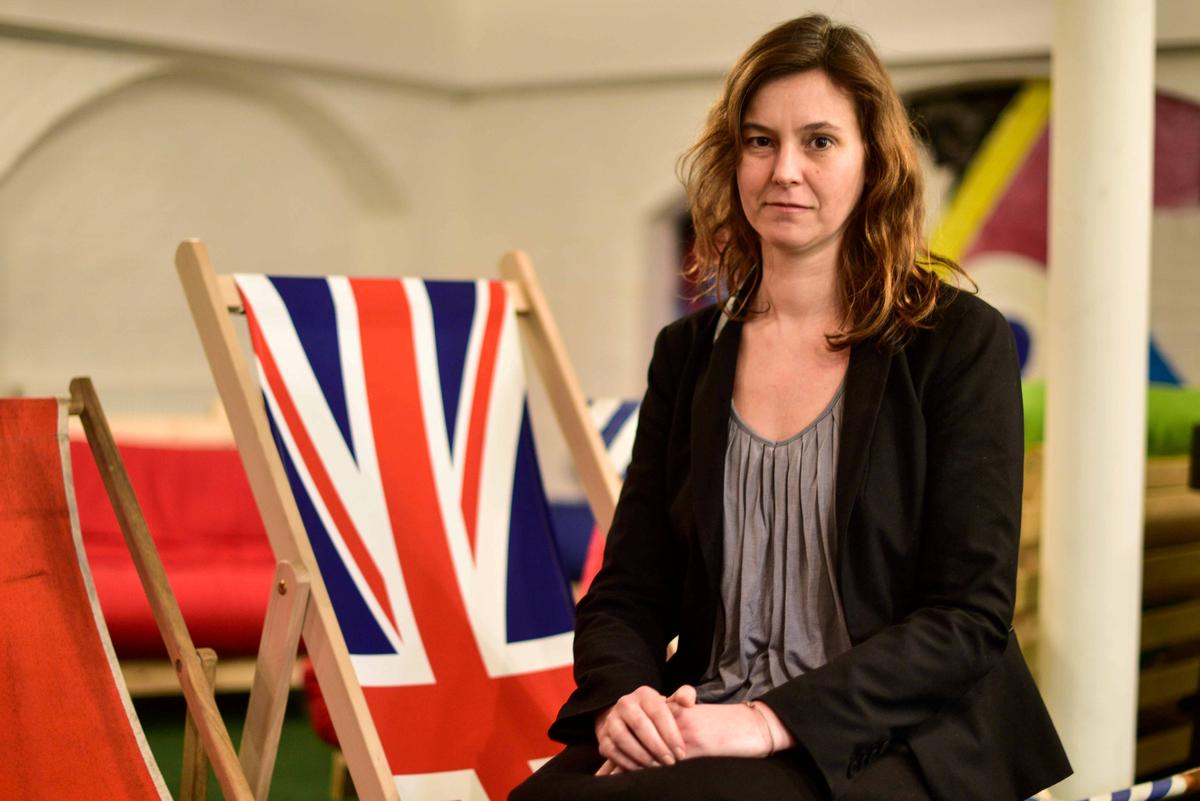 LONDON (Reuters) – Opponents of Britain’s exit from the European Union are preparing a major campaign they say now has close to a 50:50 chance of stopping Brexit by blocking Prime Minister Theresa May’s divorce deal, a leading pro-EU campaigner said.

With Britain scheduled to leave the EU in March 2019, opponents of Brexit are exploring various ways to stop what they say is Britain’s biggest mistake since World War Two.

‘Best for Britain’, a campaign group which received a 400,000 pound donation from billionaire financier George Soros last year, hopes to convince lawmakers in the 650-seat parliament to block the withdrawal deal May aims to bring back from Brussels in October.

“Brexit can be stopped if people want it to be stopped,” the group’s chief executive officer, Eloise Todd, told Reuters in the basement of a former Victorian bakery in central London. “It is absolutely not over yet.”

Blocking any deal May manages to clinch with the EU would plunge British politics into crisis with uncertain consequences for Brexit, for the world’s sixth largest economy, and for the fate of London, the only global financial hub to rival New York.

But Todd, 41, and other campaigners hope this would trigger a rerun of the June 2016 EU referendum, this time offering voters the option of leaving on the terms of May’s deal or staying in a reformed EU.

May, who voted to stay in the EU, is due to set out “the way forward” for Brexit next week after a meeting on Thursday with top aides that tried to resolve deep differences within her ruling Conservative Party over strategy.

May has said there will be no second referendum on Brexit.

Opinion polls so far show little sign of a major change of mood among voters, though one recent poll suggested there may be a small majority for remaining in the EU.

Asked how likely it was for Brexit to be stopped, Todd said: “We are sort of getting towards the 45 percent mark, we are nudging on 50:50 – we are not quite there yet.”

She said the odds of stopping Brexit had changed from just a 1 in 10 chance when she started the job in early 2017.

“The mood is changing – it is probably about even right now. The country is changing…,” she said, adding that the group was holding events across Britain and campaigning on social media. It plans an advertising blitz in coming weeks to convince voters to lobby their members of parliament to vote against Brexit.

While May casts the Brexit referendum result as a vote against immigration, Todd said it had exposed a deeper malaise that has left large swathes of the population cut off from booming economic growth in London and southern England.

“Our country is in pretty bad shape,” said Todd, a former international development worker from the northern English city of Hull.

Todd said Britain’s political and business elite had failed to spread wealth and opportunity more broadly across the nation.

“Either you just go to London to make your fortune like Dick Whittington or you stay where you are and you’re stuck,” she said, alluding to an old folklore tale of a poor young man from the provinces who becomes wealthy in the capital and eventually becomes Lord Mayor of London.

Todd urged business leaders opposed to Brexit to speak out.

When the pro-Brexit Daily Telegraph newspaper reported Soros’s donation, some Brexiteers accused him of plotting a “coup” against British democracy.

“It is really important that people are not intimidated into not speaking up,” Todd said.

“George Soros has fought for democracy across the world and we are proud to receive money from him and our other donors. We operate within every rule that is ascribed to us. We have never hidden it.”

‘Best for Britain’ has raised nearly 200,000 pounds in less than two weeks in a crowdfunding campaign. Soros has pledged to match 100,000 pounds of that while another donor, private equity investor Stephen Peel, has pledged to do the same, she said.

“We have an ambitious plan that is multiple seven figures. We think we need millions to win this fight,” Todd said.