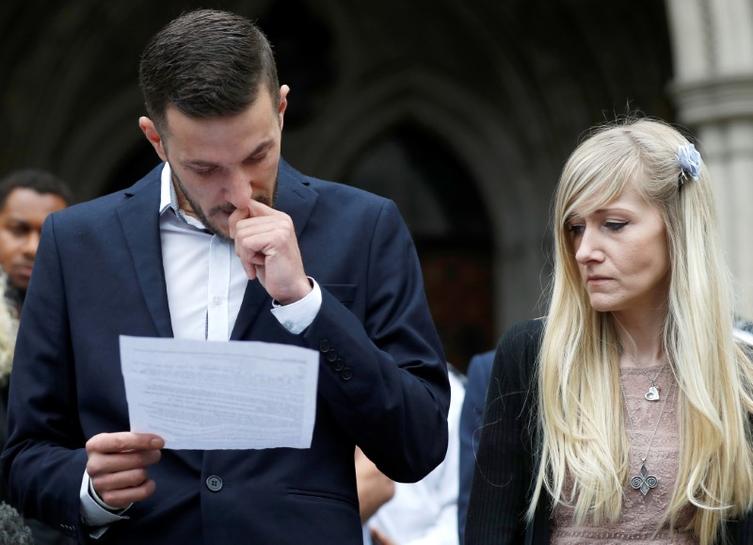 LONDON (Reuters) – The parents of Charlie Gard, a terminally ill baby who a judge ordered should be sent to a hospice to die, said Britain’s top paediatric hospital had denied them their final wish to decide the arrangements for their son’s death.

After a harrowing legal battle that prompted a global debate over who has the moral right to decide the fate of a sick child, a judge on Thursday ordered that Charlie be moved to a hospice where the ventilator that keeps him alive will be turned off.

His parents had sought first to take him home but Great Ormond Street Hospital (GOSH) said that was not possible due the ventilation Charlie needs, they then asked for several days in a hospice to bid farewell to their son.

But they were unable to find doctors to oversee such an extended period of time and so a judge ruled that Charlie be moved to a hospice to die.

“GOSH have denied us our final wish,” his mother, Connie Yates, was quoted as saying by the BBC.

“Despite us and our legal team working tirelessly to arrange this near impossible task, the judge has ordered against what we arranged and has agreed to what GOSH asked,” she said. “This subsequently gives us very little time with our son.”

Great Ormond Street Hospital, a pioneering paediatric centre, said that it deeply regretted the breakdown in relations with Charlie’s parents, in a case that has involved months of legal wrangling and has even drawn comment from U.S. President Donald Trump and Pope Francis.

“We just want some peace with our son, no hospital, no lawyers, no courts, no media, just quality time with Charlie away from everything, to say goodbye to him in the most loving way.”