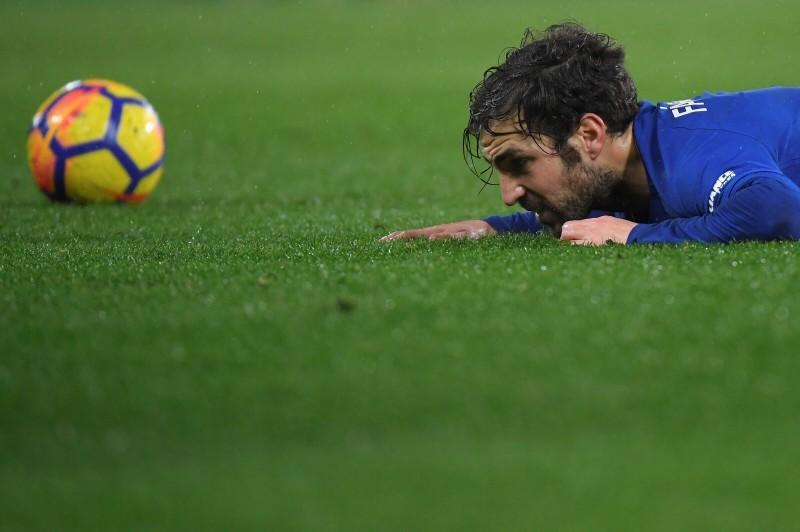 LONDON (Reuters) – Champions Chelsea claimed an eighth win in their last 10 Premier League games at home to Southampton and Arsenal edged past Newcastle United as the London clubs maintained their distant pursuit of leaders Manchester City on Saturday.

Marcos Alonso’s long-range free kick just before halftime earned Chelsea a 1-0 win at Stamford Bridge to put Antonio Conte’s side level in second place with Manchester United on 38 points from 18 games, 11 behind City who were hosting Tottenham Hotspur in the late kickoff.

United are in action at West Bromwich Albion on Sunday.

After three games without a win Arsenal moved back into the top four thanks to Mesut Ozil’s superb volleyed winner in the first half at the Emirates.

They have 33 points, one more than fifth-placed Burnley who were held to a 0-0 draw away at Brighton and Hove Albion.

Glenn Murray missed a penalty for Brighton who are without a win in seven matches.

Christian Benteke put himself back in Crystal Palace’s good book as he scored Palace’s first away goal of the season with his first goal of the campaign — Wilfried Zaha and Bakary Sako were also on target in a 3-0 victory for Roy Hodgson’s side.

Benteke broke from team orders and took, and missed, a stoppage-time penalty against Bournemouth last weekend to deny his side a precious victory, but made amends after 18 minutes as Palace rose to 14th spot.

Leicester, who had won four consecutive games, had Wilfred Ndidi sent off after he was booked for simulation, his second yellow card of the game.

West Ham United also emerged from the bottom three with a 3-0 victory at Stoke City — Marco Arnautovic on target for the Hammers against the club he left in the close season.

Huddersfield Town also ended a long scoring drought on the road as they thumped stumbling Watford 4-1.

Aaron Mooy was on target twice for the visitors who had Jonathan Hogg dismissed in the second half for a second booking. Troy Deeney saw red for Watford in the first half.