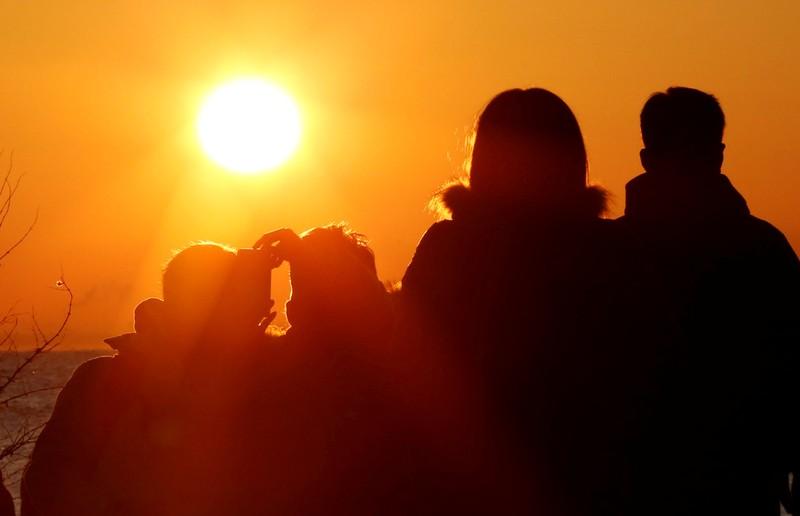 OSLO (Reuters) – The idea of spraying a haze of sun-dimming chemicals high above the Earth as a quick way to slow global warming faces so many obstacles that it may not be feasible, a leaked draft U.N. report says.

The U.N. review of a planetary sunshade, mimicking how a big volcanic eruption can cool the planet with a veil of debris, is part of a broad study of climate technologies ordered by almost 200 nations in the 2015 Paris Agreement.

Proposals by some scientists to spray chemicals such as sulfur high in the atmosphere from aeroplanes have won more attention since Paris as a relatively cheap fix, costing perhaps $1 billion to $10 billion a year.

But such geo-engineering may be “economically, socially and institutionally infeasible,” according to a draft obtained by Reuters covering hundreds of pages on risks of droughts, floods, heat waves and more powerful storms.

The draft, by the Intergovernmental Panel on Climate Change (IPCC) about ways to limit warming to 1.5 degrees Celsius (2.7 Fahrenheit) above pre-industrial times, is due for publication in October. It could still change substantially, the IPCC said.

Problems involved with “solar radiation management” include testing and working out rules for a technology that could be deployed by a single nation, or even a company, and might disrupt global weather patterns.

FILE PHOTO: A man walks over a bridge as smoke rises from chimneys of a thermal power plant in Shanghai February 23, 2015. REUTERS/Carlos Barria/File Photo

And it “would result in an ‘addiction problem’; once started, it’s hard to stop,” the draft says. A halt after several years could lead to a jump in temperatures because greenhouse gases would continue to build up in the atmosphere.

David Keith, faculty director of Harvard University’s Solar Geoengineering Research Program which is working for a tiny outdoor experiment to dim sunshine, said there was a misguided “taboo” against examining the technology.

“We need a serious research effort to understand its risks and potential benefits. Then we will be able to write informed assessments,” he wrote in an e-mail.

But many scientists are skeptical.

“To deploy it safely … would take many decades,” said Myles Allen, a professor of geosystem science at Oxford University. He said it was “completely misleading” to suggest it could be an easy short-cut to slow warming.

Given the long time needed for research, it would be better to focus on ways to limit greenhouse emissions, he said. Allen said he was giving his personal views, not of the IPCC draft of which he is an author.

The draft also says rising temperatures could breach 1.5C by mid-century unless governments take unprecedented action. The Paris Agreement has been weakened by U.S. President Donald Trump’s plan to withdraw.