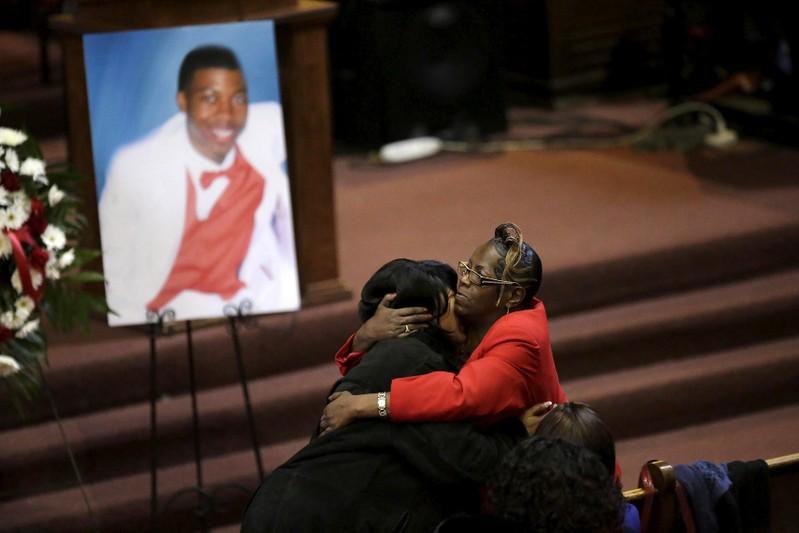 (Reuters) – A Chicago city oversight board has found that a policeman was unjustified in fatally shooting a 19-year-old college student and a 55-year-old grandmother about two years ago, newspaper reports on Thursday said.

The Civilian Office of Police Accountability said no evidence supported the claims of Officer Robert Rialmo, who said the student Quintonio LeGrier advanced at officers with a baseball bat in a threatening manner, the Chicago Sun Times and Chicago Tribune reported.

Bettie Jones, a neighbor standing nearby, was accidentally killed by the officer’s gunfire in the December 2015 incident that unfolded in a vestibule of a Chicago home.

LeGrier and Jones were African-Americans and the deaths fueled Chicago’s already intense debate over police use of force against minorities that have sparked protests in a number of cities around the United States.

An attorney for Rialmo and officials from the Civilian Office of Police Accountability were not immediately available for comment.

The report said Rialmo’s statements on the bat were “inconsistent and ultimately unreliable,” the Sun-Times said.

The board’s report also concluded that a “reasonable officer” would not have believed he was in danger of death or serious injury, the Tribune said.

The report did not include any recommendations for punishment, the Tribune said.

Both LeGrier’s and Jones’ estates have sued Rialmo and the city for wrongful death.

Rialmo has counter-sued, saying LeGrier attacked him with a baseball bat, forcing him to kill him. Rialmo has also sued the City of Chicago saying he was not properly trained to reduce tensions in heated encounters with mentally ill people.

LeGrier was shot six times, including twice in the back. Jones was hit once in the chest, the Cook County Medical Examiner’s office said in autopsy reports.