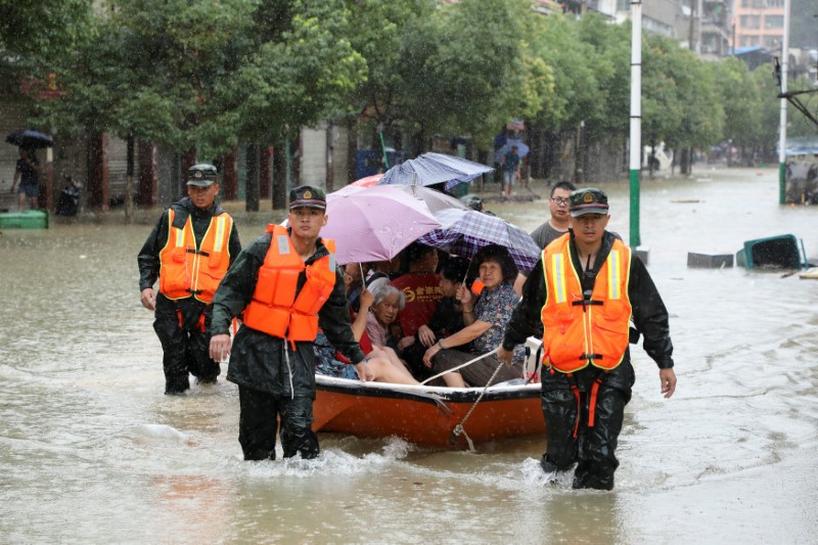 BEIJING The Chinese government has disbursed 700 million yuan ($103 million) in emergency aid to four provinces in the south and east to help them deal with widespread flooding, the ministry of civil affairs said on Tuesday.

Torrential rain has lashed large parts of the country over the past few days, with floods damaging crops, forcing hundreds of thousands from their homes and killing at least 33.

The ministry said the aid would be sent to Zhejiang, Jiangxi, Hunan and Guizhou provinces, to be spent on helping those who have lost their homes or family members in the floods.

The government has already sent 3,300 tents, 30,000 quilts and 24,000 camp beds to help displaced people in the four provinces, the ministry added.

Floods kill dozens of people every year in China during the summer rainy season.

Singapore to embark on a review of women’s issues in move towards greater gender equality, leading to White Paper next year
Indonesia president Joko Widodo warns over super-power tensions in UN address
Thousands of mosques in Xinjiang demolished in recent years: Report
COVID-19: Some pre-schools to continue policy of masks or face shields for children under 6 even after rule change
Singapore police investigate firm linked to Newcastle United bidders