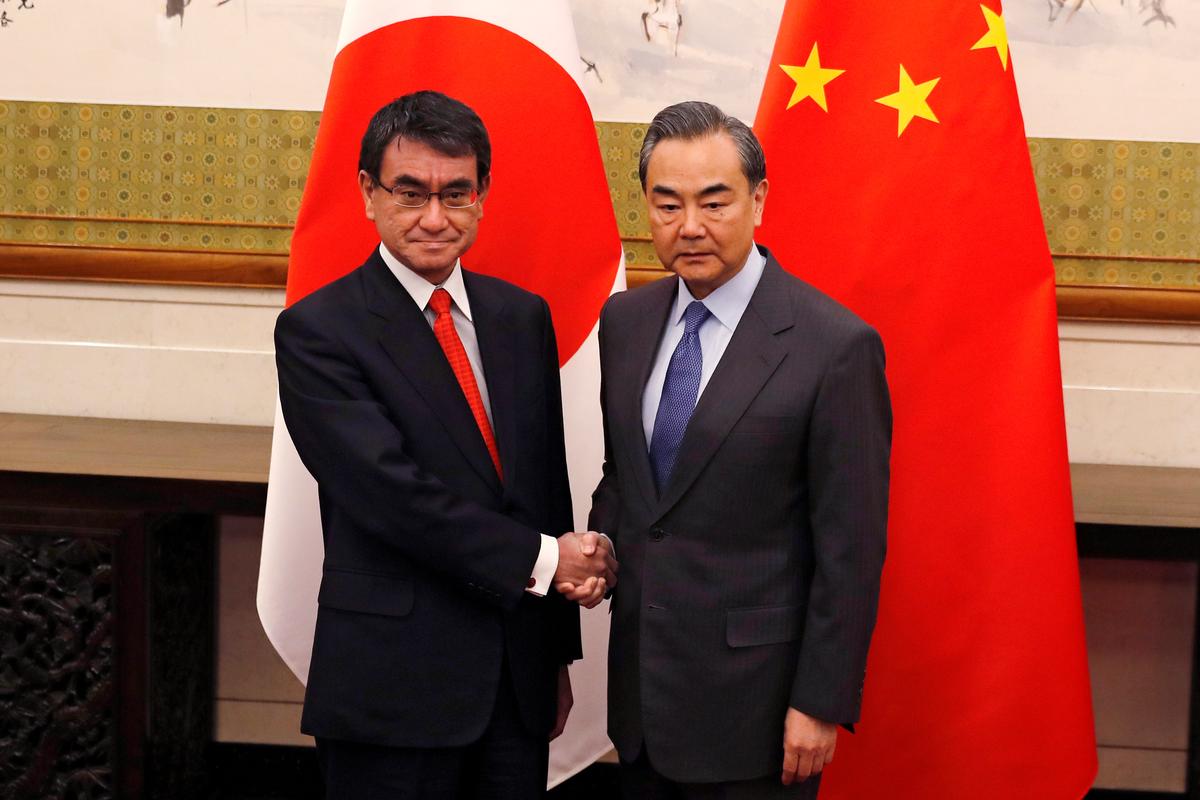 BEIJING (Reuters) – China hopes to work with Japan to get relations back onto a normal track, Chinese Foreign Minister Wang Yi told his Japanese counterpart Taro Kono on Sunday during a meeting in Beijing.

China and Japan have long sparred over their painful history, with Beijing frequently accusing Tokyo of not properly atoning for Japan’s invasion of China before and during World War Two.

Ties between China and Japan, the world’s second- and third-largest economies, have also been plagued by a long-running territorial dispute over a cluster of East China Sea islets and suspicion in China about efforts by Japanese Prime Minister Shinzo Abe to amend Japan’s pacifist constitution.

However the two countries have sought to improve ties, and Abe and Chinese President Xi Jinping met in November on the sidelines of a regional summit in Vietnam.

Wang told Kono that his trip, coming so early in the year, showed Japan’s strong wish to improve relations, and China approves of this as improved ties are in both nation’s interests, according to a statement from the Chinese Foreign Ministry.

However, while there has been positive progress there are also many “disturbances and obstructions,” Wang said, while also noting comments from Abe on wanting to improve relations.

“China-Japan relations have always been like a boat going against a current, and if there is no progress then things go backwards,” he added.

China hopes that Japan does not slacken its efforts and puts its words into action, and works with China to get ties back onto a normal, healthy track as soon as possible, Wang said.