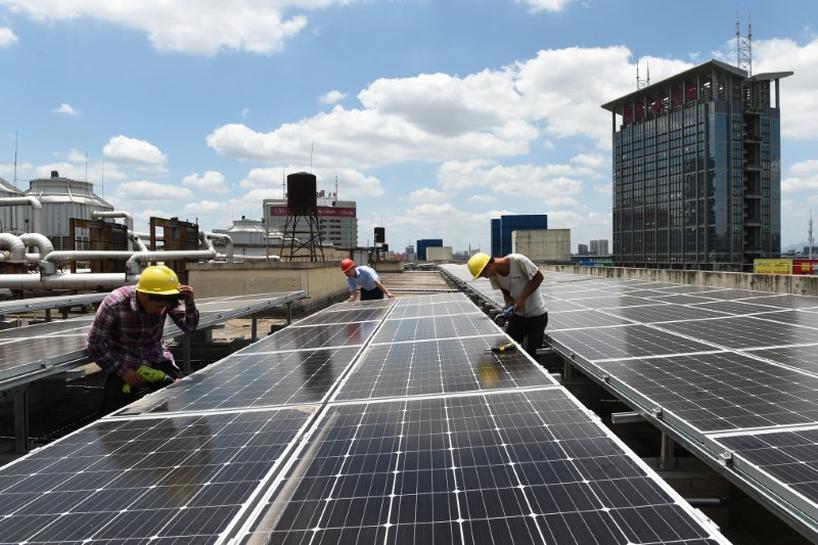 BEIJING (Reuters) – China’s solar industry is expected to produce 25 percent more panels in 2017 than last year, supported by domestic sales and demand from the United States and emerging markets, the head of a Chinese industry association said.

The United States has told the World Trade Organization it was considering putting emergency “safeguard” tariffs on imported solar cells, a move aimed at shielding its industry from a damaging, unforeseen surge in imports.

The United States has been vying with China and India to become a market leader in an industry where production costs have tumbled, favoring producers of scale.

In China, solar generation has been hindered by wastage or curtailment, in which inadequate grid connections mean not all capacity is utilized.

“Wasted solar power in northwestern China is still significant and it may extend to a broader region such as the central and northwest part of the country,” Wang said.

Environment group Greenpeace said solar curtailment rates across China rose 50 percent in 2015 and 2016, with more than 30 percent of available power in northwestern province Gansu and Xinjiang failing to reach the grid.

Wang also said there was no efficient system to solve a shortfall in subsidies for the solar industry.

As capacity has surged, Beijing has struggled to find the cash to pay subsidies to renewable energy producers, with the shortfall last year exceeding 60 billion yuan ($8.86 billion), according to industry estimates.

China had a total of 101.82 GW installed solar capacity by June, after adding 24.4 GW in the first six months of 2017, the industry association said. It will soon reach 110 GW, the target Beijing had aimed to achieved by 2020.

“In a long term, there is great potential for China’s solar industry to develop, as the Paris Accord has set a firm foundation for solar power,” Wang said.

He said China’s Belt and Road Initiative to boost trade links through regional transport and infrastructure projects would help.