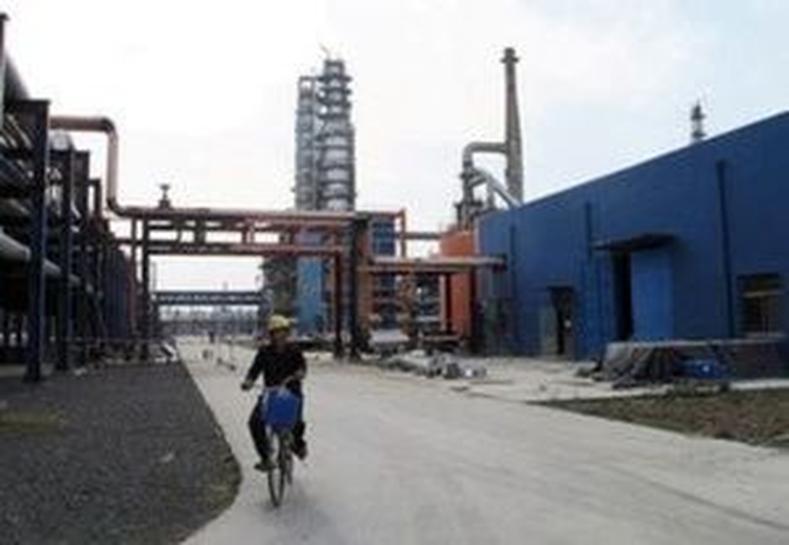 BEIJING (Reuters) – China’s push for blue skies is roiling supplies and boosting prices of key raw materials from soymeal to ferroalloys as the government ramps up smog checks and forces some factories in the world’s top commodities market to close or suspend operations.

With soymeal and gasoline prices surging, Shandong, China’s industrial and agricultural heartland, offered a snapshot into the impact in the market as environmental inspectors started to crisscross the eastern province. Shandong is one of eight provinces and regions now facing a fourth round of inspections by China’s Ministry of Environmental Protection.

Soymeal at Rizhao, in Shandong,, has risen almost 3 percent this week, hitting a three-week high of 2,840 yuan ($424.32) per tonne on Wednesday even as a domestic glut weighs on the market.

Major soybean crushers there, accounting for about 10,000 tonnes of daily crushing capacity – or 2 percent of China’s total daily capacity – were expected to suspend operations this week ahead of environmental checks, according to traders and analysts who had spoken to the plants. Reuters could not confirm the moves.

“Commodities prices are rallying on the news of more environmental checks….We are expecting these tougher checks to continue until the air quality improves,” said Lin Boqiang, energy expert with Xiamen University.

Central government is under pressure to clean up 28 cities by forcing steel, aluminum and cement plants to cut output by September to tackle winter smog.

As well as Shandong, teams will head to Jilin, Zhejiang, Hainan, Sichuan, Tibet, Qinghai and Xinjiang over the next two weeks to check for any industrial plants violating pollution rules.

Wholesale gasoline prices in Shandong rallied amid concerns the latest crackdown may crimp refinery production, even as the market remains awash with product.

Average prices of the most popular 92 grade were at 5,550 yuan ($831.06) per tonne this week, up from 5,440 yuan last week, according to an assessment by Shandong-based oil consultancy Zibo Longzhong Information.

“Many small blenders were shut because either they don’t have a license or don’t meet basic emission standards,” said Li Yan, oil analyst at the consultancy.

To the west, checks in Sichuan were upending ferroalloys and nonferrous markets. Prices of vanadium, used to strengthen steel and mainly produced in Sichuan, have more than doubled over the past month.

Zinc and lead in Shanghai rallied over 3 percent on Wednesday as 60 percent of local lead-zinc mines underwent shutdowns for month-long maintenance during the inspections, Antaike analysts said.

While the current disruption may only last a few weeks, sudden supply jolts and price swings in niche markets are likely to continue as regulatory scrutiny ramps up ahead of winter.

Analysts also agree that the government’s years-long push to remove excess capacity in large bloated heavy industries are also starting to take hold, providing support in the long term for prices of aluminum and steel.

Steelmakers in the smog-prone northern Chinese province of Hebei will be forced to halt operations next month if they fail to meet tough new pollution restrictions, the local government said in a notice on Wednesday.

MOM may require employment agencies to check in on foreign domestic workers: Gan Siow Huang
‘We are a misunderstood place’: New MP Carrie Tan on Yishun, politics and her tattoos
Potential purchase of COVID-19 vaccine by private sector ‘on our radar’: Malaysian official
Temasek allots US$500 million for impact investing in LeapFrog tie-up
S$25 million boost for self-employed people, businesses in sports; new framework to address abuse and harassment