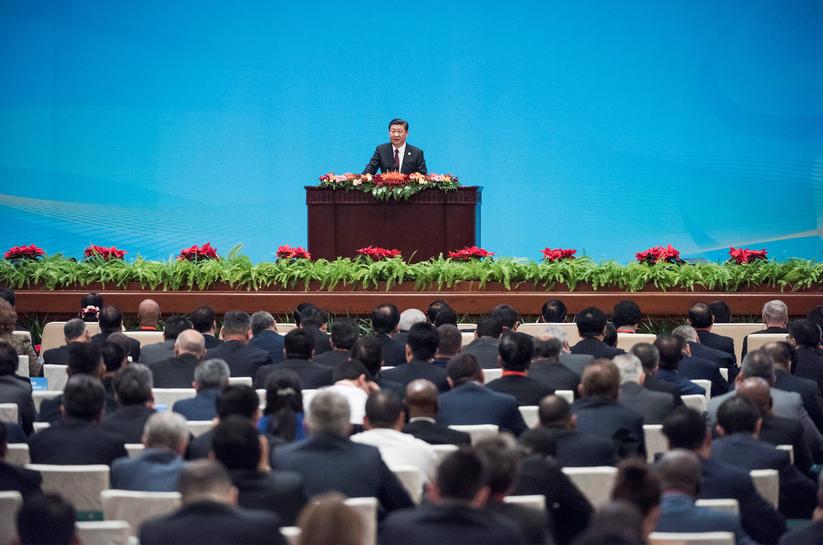 WUZHEN, China (Reuters) – Chinese President Xi Jinping said on Sunday the country will not close its door to the global internet, but that cyber sovereignty is key in its vision of internet development.

File Photo – China’s President Xi Jinping speaks at the opening ceremony of the “CPC in dialogue with world political parties” high-level meeting, at the Great Hall of the People in Beijing, China December 1, 2017. REUTERS/Fred Dufour/Pool

Xi’s comments were read by Huang Kunming, head of the Chinese Communist Party’s publicity department at the country’s largest public cyber policy forum in the town of Wuzhen in eastern China.

“The development of China’s cyberspace is entering a fast lane…China’s doors will only become more and more open,” said Xi in the note.

Cyber sovereignty is the idea that states should be permitted to manage and contain their own internet without external interference.

China’s Communist Party has tightened cyber regulation in the past year, formalizing new rules that require firms to store data locally and censor tools that allow users to subvert the Great Firewall.

Cyber regulators say the laws are in line with international rules, and that they are designed to protect personal privacy and counter attacks on core infrastructure. Business groups say the rules unfairly target foreign firms.

China has advocated strongly for a larger role in global internet governance under Xi.

“China stands ready to develop new rules and systems of internet governance to serve all parties and counteract current imbalances,” said Wang Huning, a member of the Communist Party standing committee at the event on Sunday.

Google and Facebook are banned in China, along with Twitter Inc (TWTR.N) and most major western news outlets.