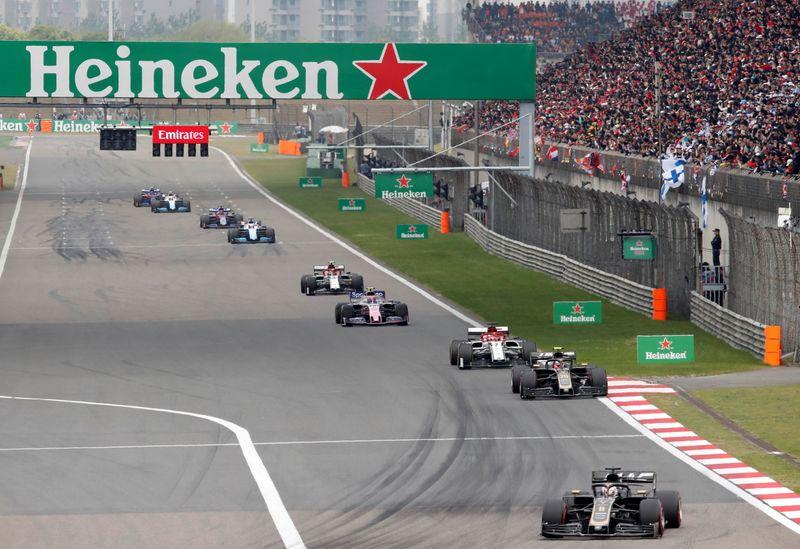 BAKU (Reuters) – The Chinese Grand Prix is unlikely to take place as scheduled on April 19 due to the outbreak of the coronavirus, Formula One chief Chase Carey told Reuters on Wednesday.

“We recognise that the postponement of the event is certainly a possibility and you could probably go even further and say a likelihood just given what seems to be transpiring,” Formula One Group chief executive officer and executive chairman Carey said.

The flu-like virus has killed over 1,100 people and infected more than 44,000 in China after it first emerged in Wuhan late last year.

Motor racing’s governing body, the FIA, has said it was closely monitoring the situation in China, with the race at the Shanghai International Circuit slotted in as the fourth round of the 2020 season.

Media reports in Europe and the United States said the race would be postponed later on Wednesday.

With a record 22 races scheduled for the 2020 season it would be difficult to slot a race in China back in at a later date.

The absence of the Chinese event would leave a four-week gap between the Vietnamese Grand Prix on April 5 and the Dutch Grand Prix on May 3.

A host of international sporting events have been canceled due to coronavirus, including the all-electric Formula E motor racing series that abandoned plans for a race in the Chinese city of Sanya next month.