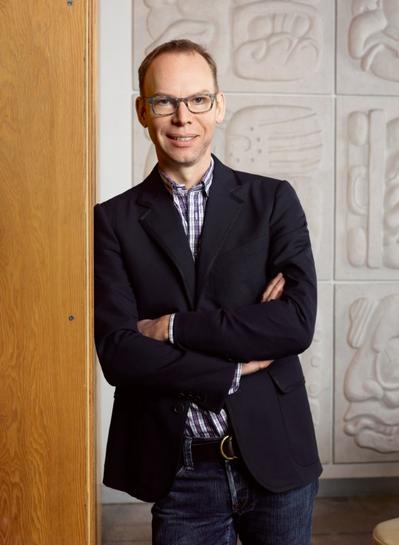 (Reuters) – Chipotle Mexican Grill Inc (CMG.N) said on Wednesday it was seeking a turnaround expert to lead the company, replacing founder Steve Ells after he struggled for two years to rescue the burrito chain’s sales and reputation from a string of food safety lapses.

The formerly high-flying company’s fortunes are closely tied to those of billionaire William Ackman, whose Pershing Square Capital Management LP is its largest investor and has been the most significant agent for change at Chipotle.

Ackman’s 2016 bet on Chipotle has become a headache this year for the investor, who is seeking to avoid a third straight annual loss for his hedge fund.

Shares in Chipotle jumped 3.5 percent in early trading on Wednesday, but remain down roughly 25 percent so far this year. They are nowhere near their all-time high of more than $742 in July 2015.

Chipotle, which has been under considerable pressure from Ackman and other investors, said it is searching for a “new leader with demonstrated turnaround expertise” to replace Ells, who will stay on as executive chairman.

“Bringing in a new CEO is the right thing to do for all our stakeholders,” Ells said in a statement. “Simply put, we need to execute better to ensure our future success.”

Ackman told Reuters he fully supports Ells’ decision. “We remain as excited as ever about the future of the company,” he said.

The Chipotle investment has weighed on the $9.4 billion hedge fund’s returns with its flagship fund posting losses of 3.5 percent through late November. Ackman is under pressure to rescue his own portfolio with a bold move at one of his portfolio companies or with a new investment, industry analysts and investors have said.

Most restaurant analysts said Chipotle’s move was needed to restore confidence in the foundering company.

Chipotle has fought to win back customers and rebuild its reputation, launching TV advertising and giving away free food, since its restaurants were linked to E. coli, Salmonella and Norovirus outbreaks that sickened hundreds across the United States in 2015.

A Norovirus outbreak in Virginia this summer, coupled with the disappointing autumn launch of queso raised concerns about operations, and credit card data suggests that this quarter’s sales remain weak, analysts said.

CEDING THE HELM Ells founded Chipotle in 1993 and attracted an investment from McDonald’s Corp (MCD.N), which had a major role in its early growth. The world’s biggest fast-food chain spun Chipotle off in a wildly successful initial public offering in 2006.

Ells, who spends more of his time in Manhattan than in Chipotle’s hometown of Denver, has been sole CEO since December, when co-CEO Monty Moran stepped down amid intense pressure from investors including Ackman.

Chipotle said it had formed a search committee comprised of directors Robin Hickenlooper and Pershing Square’s Namvar, as well as Ells, to identify a new CEO.

As results failed to improve this year, Chipotle beefed up its ranks with fast-food executives.

In May, it hired Scott Boatwright from Arby’s to be its first chief restaurant officer, and in August added former Yum Brands Inc (YUM.N) executive Laurie Schalow as its first chief communications officer. McDonald’s has a deep bench of talent and Chipotle could use its Paull connection for recruitment, Bernstein analyst Senatore said. A Starbucks alum could also be a good fit, given the similarities in corporate culture, Senatore said.

“Once they right operations, the next piece has to be international,” Anderson said.

Ells has not been a supporter of franchising, something most other restaurant chains have done to boost value and lower risk.

“Someone new might consider that,” Anderson said, adding that the company would be wise to use franchise partners for its international expansion.