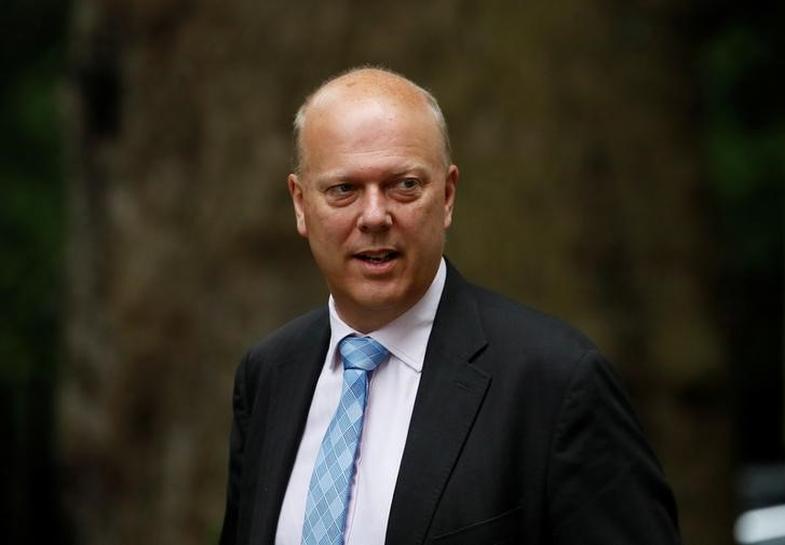 WASHINGTON (Reuters) – British Transport Secretary Chris Grayling said on Thursday he had met with Trump administration officials and U.S. airlines to reassure them that air traffic would not be disrupted as Britain leaves the European Union in 2019.

In an interview, Grayling said he emphasized in the talks in Washington with his U.S. counterpart, Elaine Chao, and U.S. airline executives that aviation arrangements would be ready to go into effect when Britain departs the EU.

“Obviously there is a lot of interest amongst the U.S. airlines about exactly what the future looks like,” he told Reuters. “I wanted to reassure them that this is an early priority to make sure the successor arrangements are in place.

“I have no doubt we will be able to sort out these issues in good time.”

Grayling’s visit was the same week as one by the British trade secretary, Liam Fox, who is trying to pave the way for a U.S.-British free-trade agreement after Brexit.

A bilateral trade deal has been welcomed by U.S. President Donald Trump, who met with British Prime Minister Theresa May on the sidelines of the G20 meeting in Hamburg this month and described a potential agreement as “a very, very big deal, a very powerful deal, great for both countries.”

A U.S.-UK trade deal would follow Britain’s 2016 decision to withdraw from the European Union, a major trading bloc. The British government has since touted its ability to strike one-on-one deals with other countries.

But airlines have warned the British government that it must prioritise aviation in Brexit negotiations if it wants to avoid major disruption to air trade. In particular, carriers plan their flight schedules early.

“There is no need for us to create an exotic new treaty,” Grayling said. “It’s just a question of making sure existing arrangements continue post-2019. The U.S. and UK administrations are working closely together on this and everybody knows we need to provide comfort to the airlines in good time.”