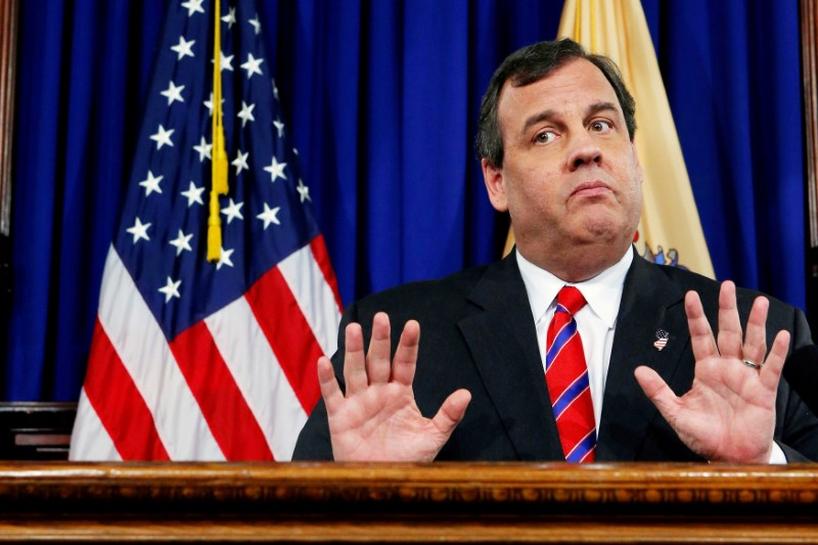 ATLANTIC CITY, N.J. New Jersey Governor Chris Christie brushed off criticism on Monday after he was caught on camera taking a break from dealing with a government shutdown to lounge on a state beach that was closed to the public during the July Fourth holiday weekend.

When a TV show host said he could understand why people were upset by photos taken by a local newspaper that showed Christie and his family sunbathing on an empty beach, Christie responded: “Well, I’m sorry, they’re not the governor,” referring to the governor’s residence at Island Beach State Park.

The Republican was already the least popular governor in modern New Jersey history, and the publication of the photos triggered mockery from critics online, some who posted spoof images of Christie kicking back in a beach chair in a wide range of locations, including the Oval Office.

The saga, dubbed “beachgate” by some media outlets, threw a spotlight on stalled budget negotiations that have caused partial government shutdowns in New Jersey and in Maine, and led to the suspension of many nonessential services.

That included New Jersey’s state parks, which closed on Saturday, forcing many to alter their holiday weekend plans. More than 30,000 state workers were on furlough on Monday.

In Maine, the state police, parks and offices responsible for collecting revenue all planned to work through the shutdown, the state’s first since 1991. But the majority of its 12,000 state employees will be furloughed.

Members of Maine’s State Employees Association rallied outside the State House on Monday to demand a budget deal from lawmakers and Republican Governor Paul LePage.

“Governor LePage won’t answer his door – we want to work!” organizers posted on Twitter, with photos and videos of dozens of the association’s members holding placards and chanting.

A spokesman for Christie, a former Republican presidential candidate who is in the last year of his second and final term, said Christie was on the beach in front of the governor’s residence for only 45 minutes.

“Everybody knows that Governor Christie is always at work,” the spokesman, Brian Murray, told MSNBC.

On Monday, Christie noted that 119 miles (190 km) of the state’s 130 miles (210 km) of beaches were open, and that it was “another beautiful day” at the Jersey shore. “Come and enjoy them — but use sunscreen and hydrate!” he wrote on Twitter.

Lieutenant Governor Kim Guadagno, who hopes to succeed him, was among many to slam Christie’s quiet time on the dunes.

Christie is fighting New Jersey lawmakers over a bill that he says must be passed alongside the state’s budget.

The budget itself has been passed by committees in both houses, but Christie says he will strike out hundreds of millions of dollars in funding for schools and other key services if the Democratic-led Assembly does not vote on a separate bill to restructure the state’s largest health insurer.

New Jersey’s Assembly is still 13 legislators short of the votes needed to pass its budget. All 80 of its members are up for re-election in November.

In Atlantic City, Matt Jenkins and his wife were among the visitors who thronged the boardwalk. The couple would have gone to a state campground, but it was closed by the shutdown.

Asked on Monday about the pictures of Christie and his family on the beach, Jenkins was unimpressed: “I think that’s a crock,” he said. “I think its a shame, it’s hideous.”

It was business as usual inside Atlantic City’s casinos, thanks to legislation passed after New Jersey’s last shutdown in 2006, which let gambling halls keep operating for seven days after a government shutdown.

About 10 U.S. states still do not have budgets for the fiscal year that began on July 1, including Illinois, which is in its third year without an enacted budget.

While states have mostly recovered since the 2007-2009 recession, their revenue growth has not always kept pace with the national economy. In a couple of states without full budgets, including Connecticut and Pennsylvania, lower than anticipated income tax collections exacerbated budget gaps and led to disputes over how to close them.