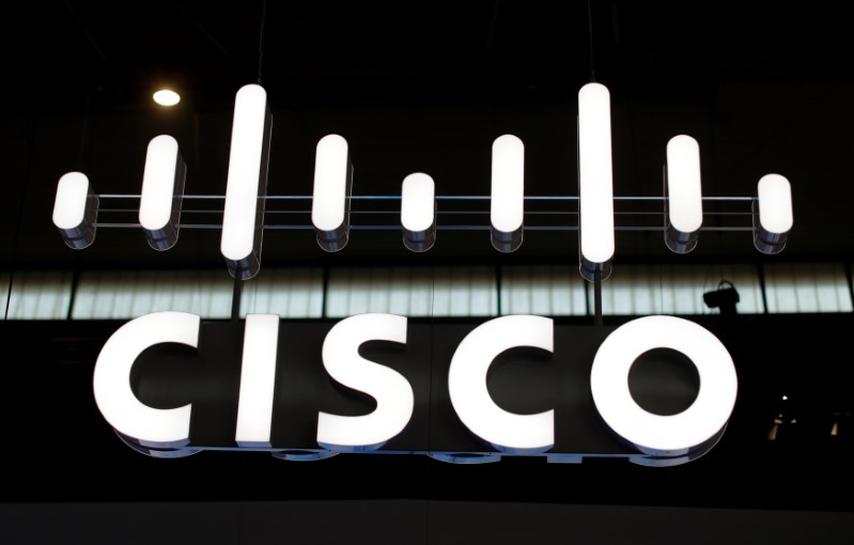 The company’s shares fell about 2.5 percent in after-hours trading on Wednesday.

With its traditional business of making switches and routers struggling, Cisco, like other legacy technology firms, has been focusing on high-growth areas such as security, the Internet of Things and cloud computing.

The security business, which offers firewall protection and breach detection systems, has been Cisco’s fastest growing, until the last two quarter.

Revenue growth at the business slowed to 3 percent in the latest fiscal fourth quarter from 16 percent a year earlier period and 9 percent in the previous quarter.

“The business was affected due to orders in Q3 in the UK being slowed due to the strength of the U.S. dollar compared to the pound,” Chief Financial Officer Kelly Kramer told Reuters in an interview.

Chief Executive Chuck Robbins, the architect of Cisco’s transition, said he had “zero concerns” about the security business, while Kramer forecast an uptick in revenue in the upcoming quarter.

Analyst Patrick Moorhead of Moor Insights & Strategy said the next two quarters would indicate the health of the security business.

“I’m not concerned yet with Cisco’s security numbers as many of their security innovations are linked to other businesses like switching,” he said.

Cisco’s switches and routers businesses – easily its two biggest – have been struggling due to sluggish demand from telecom carriers and enterprise customers.

Revenue in each of the two businesses fell 9 percent in the quarter, missing analysts’ expectations, according to financial and data analytics firm FactSet.

While security business revenue of $558 million fell short of analysts estimates of $580.5 million, according to FactSet, Cisco’s overall revenue was supported by its data center business and wireless business, which is now its fastest growing.

Cisco’s overall revenue fell for the seventh straight quarter, but the near 4 percent decline to $12.13 billion was in line analysts’ estimates of $12.1 billion, according to Thomson Reuters I/B/E/S.

Cisco expects revenue to fall 1 percent to 3 percent in the current fiscal first quarter. That was in line with Wall Street’s expectations, as was Cisco’s adjusted earnings forecast.

Up to Wednesday’s close, Cisco’s shares had risen nearly 7 percent this year.

Reporting by Laharee Chatterjee in Bengaluru and Salvador Rodriguez in San Francisco; Editing by Savio D’Souza and Diane Craft