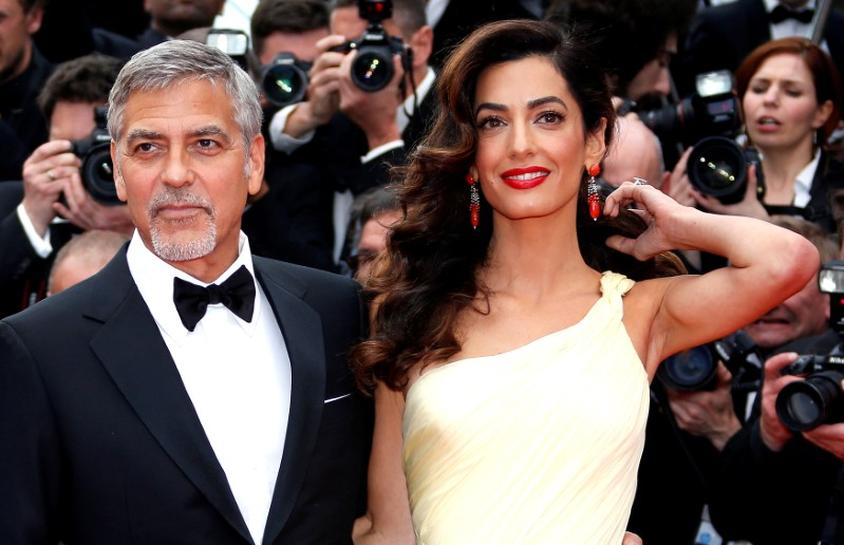 LOS ANGELES (Reuters) – George Clooney on Friday said he would take legal action against a French magazine that published the first photos of his newborn twins.

The “Ocean’s Eleven” actor said photographers from Voici magazine “scaled our fence, climbed our tree and illegally took pictures of our infants inside our home.”

FILE PHOTO: George Clooney and his wife Amal pose on the red carpet as they arrive for the screening of the film “Money Monster” during the 69th Cannes Film Festival in Cannes, France, May 12, 2016.Eric Gaillard/File Picture

Clooney said in a statement that the photographers and the magazine “will be prosecuted to the full extent of the law. The safety of our children demands it.”

Clooney and his humanitarian lawyer wife, Amal, announced the arrival of the twins – a boy and a girl called Alexander and Ella – in June but have given no details, photos or interviews about them.

Voici on Friday published grainy photos of Amal and George Clooney, dressed in swim wear, each carrying one of the babies in their arms. They appear to be walking in a garden in what the magazine said was the Clooneys’ villa near Lake Como in Italy.

Voici magazine did not immediately respond to requests for comment.

The babies are their first children for the couple, who married in Venice, Italy in 2014 in a big celebrity ceremony but who have tried to keep their personal lives private since then.