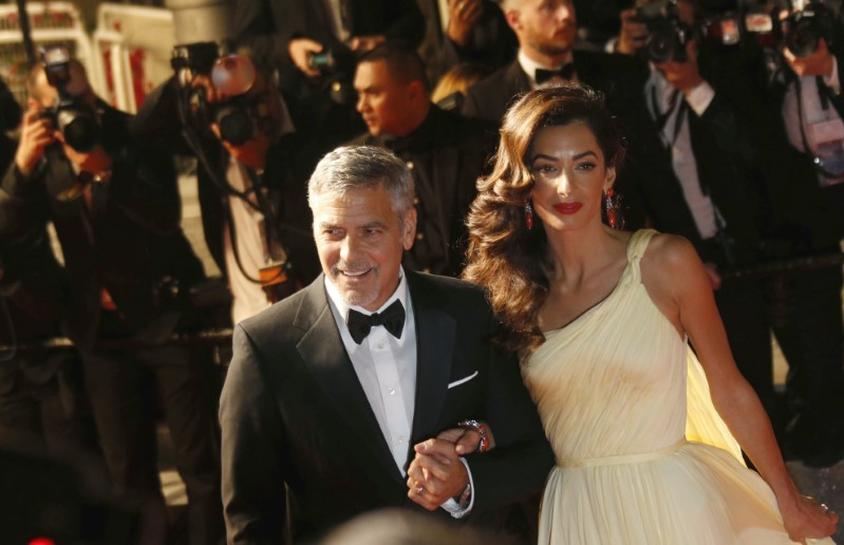 UNITED NATIONS (Reuters) – George and Amal Clooney said on Monday they would help 3,000 Syrian refugee children go to school this year in Lebanon, where the United Nations says 200,000 children are not receiving an education after fleeing the war in neighboring Syria.

The Clooney Foundation for Justice said it has teamed up with Google (GOOGL.O) and HP Inc (HPQ.N) to help the U.N. children’s agency UNICEF and the Lebanese Ministry of Education open seven so-called “second shift” schools for Syrian refugee children.

Lebanon has more than 1 million Syrian refugees, including nearly 500,000 children. It is educating Syrian children in public schools through a “second shift” system of additional afternoon classes exclusively for them.

“We don’t want to lose an entire generation because they had the bad luck of being born in the wrong place at the wrong time,” said Oscar-winning actor George Clooney and international human rights lawyer Amal Clooney, who gave birth to twins last month.

“Thousands of young Syrian refugees are at risk – the risk of never being a productive part of society,” the couple said in a statement. “Formal education can help change that.”

A $3.25 million donation from the Clooney Foundation for Justice, Google and HP will pay for transportation, school supplies, computers, content, curriculum and teacher training.

A spokesman for the Clooneys’ foundation, Max Gleischman, said the organization had decided to support education for Syrian refugees through the public school system, instead of investing in private schools operated by SABIS, an international company which has prepared students for college and high school exams.

The foundation had announced last year that it would work to enroll thousands of children in SABIS schools.

A crackdown by Syrian President Bashar al-Assad on pro-democracy protesters in 2011 led to civil war, and Islamic State militants used the chaos to seize territory in Syria and Iraq. Half of Syria’s 22 million people have been uprooted and more than 400,000 killed.